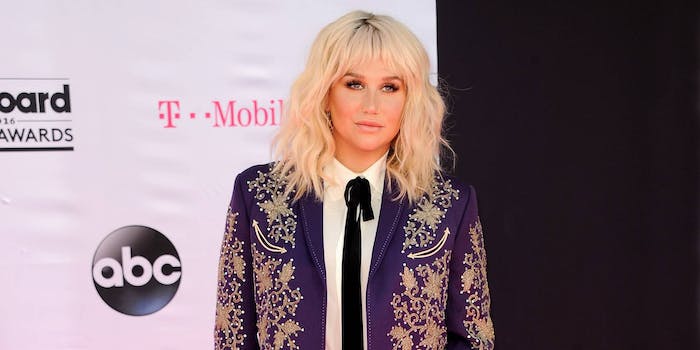 Does the New York judge who presided over Kesha’s case have a conflict of interest?

She threw out Kesha's lawsuit earlier this year.

Kesha’s attempts to be released from her recording contract with music producer Dr. Luke hit a major roadblock earlier this year after New York Supreme Court Justice Shirley Kornreich ruled she couldn’t record outside of her contract with Sony. Recent revelations might show a conflict of interest, however.

Last week, the New York Post’s Page Six revealed that Kornreich’s husband, Ed Kornreich, may have ties to Sony through the law firm he works for. Proskauer Rose lists Sony among its clients. Via public records, E! News confirmed that Shirley Kornreich and Ed Kornreich reside at the same Manhattan address. There’s no indication on whether Ed Kornreich has ever worked on a Sony case or has been remotely involved with Sony.

Kornreich’s decision that Kesha has to stay in her contract with Dr. Luke, who Kesha claims drugged and raped her and she sued for sexual assault in 2014, sparked the #FreeKesha hashtag and prompted a response from Sony after fans accused the company of supporting rape. From a business perspective, Kornreich didn’t understand why Sony would prevent Kesha from recording music with producers other than Dr. Luke when it would end up hurting Sony.

“You’re asking the court to decimate a contract that was heavily negotiated and typical for the industry,” Kornreich said in her ruling, adding, “My instinct is to do the commercially reasonable thing.”

But are Kornreich’s alleged ties to Sony through her husband enough to affect the status of her ruling? Kesha’s lawyers have yet to speak out and Kornreich’s representation stated that it’s something that one of the involved parties would need to bring up.

“Where an employee’s spouse or children are employed, judicial or non-judicial, is not something we are involved in,” a representative for Judge Kornreich told E! News. “If counsel for either party has concerns, they can take it up in the proper venue.”

According to the New York Daily News, Kornreich is still set to preside over setting up a new trial date on Aug. 29.