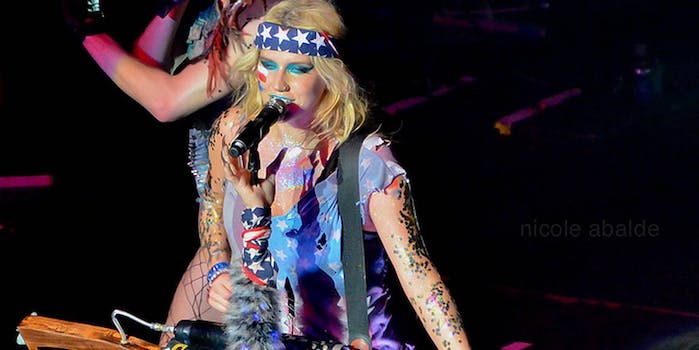 Kesha has not been freed

Judge says "Every rape is not a gender-motivated hate crime."

Despite widespread support from powerful music industry types and #FreeKesha supporters across the world, a New York judge has struck down all but one of Kesha’s counterclaims against Sony and Dr. Luke, the well-known music producer who she says raped and repeatedly abused her.

New York Supreme Court Justice Shirley Kornreich on Wednesday denied Kesha’s “slavery” claim, in which she inferred being tied to Dr. Luke. Sony supposedly offered her the opportunity to work with other producers at the company, and Kornreich believed that was unreasonable for her not to want to work with them.

Kesha was also pursuing a “hate crime” claim against her former producer, but that, too, was struck down. Kornheich harshly writes, “Every rape is not a gender-motivated hate crime.”

The judge also does not believe Kesha experienced emotional distress so extreme that she could not continue working with Dr. Luke. She writes, “Insults about her value as an artist, her looks, and her weight are insufficient to constitute extreme, outrageous conduct intolerable in civilized society.”

The one remaining counterclaim from her New York lawsuit against Sony involves whether her agreement terminated when she was sued for breach of contract. The judge dismissed the rest of Kesha’s counterclaims “without an opportunity to amend her complaint,” but there is one last glimmer of hope: The dismissal in New York could prompt her discrimination case in California to resume.

Over the weekend, Kesha posted a revealing Instagram in which she asserted that Sony offered her freedom from her contract if she recanted her accusations against Dr. Luke. Her caption reads “so. I got offered my freedom IF i were to lie. I would have to APOLOGIZE publicly and say that I never got raped. THIS IS WHAT HAPPENS behind closed doors. I will not take back the TRUTH. I would rather let the truth ruin my career than lie for a monster ever again.”