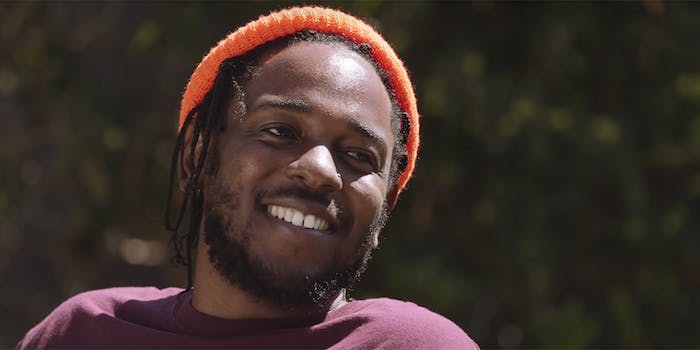 He's the first rapper to ever win the award.

In a historic win, Kendrick Lamar on Monday was awarded the Pulitzer Prize in music for his album DAMN. He’s the first rapper—and non-classical or jazz artist, for that matter—to win the Pulitzer, and the internet is delighted.

On its website, the Pulitzer board praised Damn. as “a virtuosic song collection unified by its vernacular authenticity and rhythmic dynamism that offers affecting vignettes capturing the complexity of modern African-American life.”

Some pointed out that Lamar won a Pulitzer after losing to Bruno Mars for the record of the year Grammy Award.

Kendrick won a Pulitzer before he won an Album of the Year Grammy, wow

Plenty of others celebrated the win for its implications in history and art.

Wow. I wish somebody would tell me what I can’t accomplish. RT @AP: Kendrick Lamar has won the Pulitzer Prize for music for "DAMN" the first non-classical or jazz artist to win the award. https://t.co/sFouYcTsxC

As Vox points out, the Pulitzer for music has, unsurprisingly, largely recognized bodies of works by musicians of a particular race and gender. A woman didn’t win the award until 1983, and an African-American didn’t win until 1996.

But Lamar’s win signals a shift in the Pulitzer Prize Board’s purview to extend beyond classical music—and is much-deserved recognition for an iconic album.

Beyoncé had Coachella renamed after her, Kendrick Lamar won a Pulitzer Prize, & Black Panther has made more money than Titanic.

Black history month is every month, every day, every year, all the time.