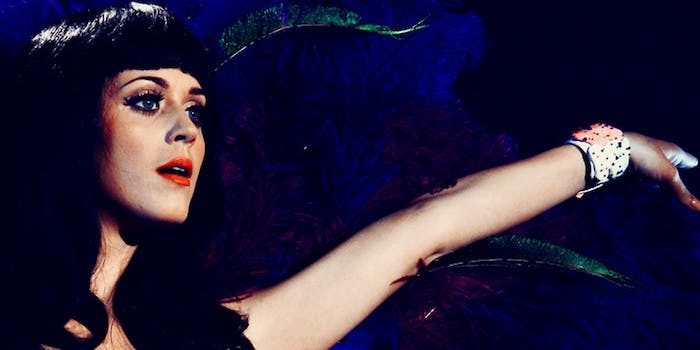 Oh, how the mighty have fallen.

It’s been a miserable week for Justin Bieber. He was photographed sneaking out of a Brazilian brothel, stormed offstage when someone hit him in the head with a bottle at a concert, and he no longer operates the most popular Twitter account.

Claiming the top spot, possibly on the strength of her run as spokeswoman for Popchips, was fellow popstar Katy Perry. As of this writing, Perry boasts a staggering 46,537,423 followers, while Bieber has a paltry 46,513,529, according to statistics tracker Twitter Counter. It must be noted, however, that aside from certain album and song titles, the feeds are essentially indistinguishable, offering the same mix of self-promotion, warmed-over platitudes and innocuous scheduling reports. Neither celebrity has acknowledged the exchange of power.

Other singers and songwriters account for most of the top 10 Twitter follower counts—music is the universal language, after all—with Lady Gaga, Taylor Swift, Britney Spears, Rihanna, and Justin Timberlake all commanding millions of eyeballs daily. The other three belong to YouTube, Instagram, and Barack Obama, presumably because Vine is no substitute for entrenched visual media and Twitter users love to get in political arguments.