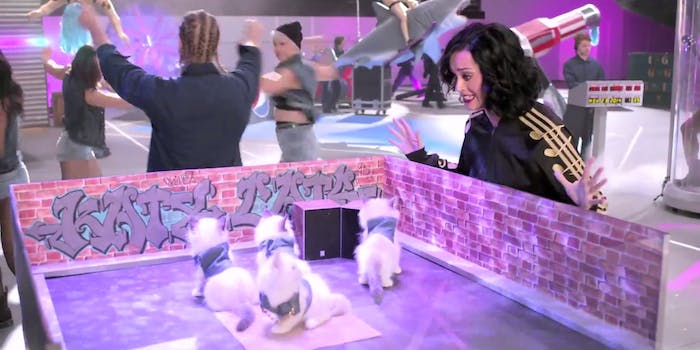 After rumors circulated that Katy Perry would be hosting the Super Bowl XLIX halftime show Feb. 1, the NFL confirmed that she would be the main performer during an “unprecedented multimedia, global announcement” Sunday night.

Perry, who is currently touring in Australia, tweeted about watching the New York Giants and Dallas Cowboys face off with her band when she personally confirmed the news.

My band is in the other room screaming at the TV (and each other) over this Cowboys-Giants game. Can’t wait for February 1st… 🎤🏈

Perry is currently one of the biggest musicians in the world, and she’s also the most-followed person on Twitter.

The first one came out Sunday night and features Perry already hard at work planning the sort of stunts to wow millions.

Perry’s show is bound to be insane and we’ll likely be talking about it the following morning, but she had me at kittens.