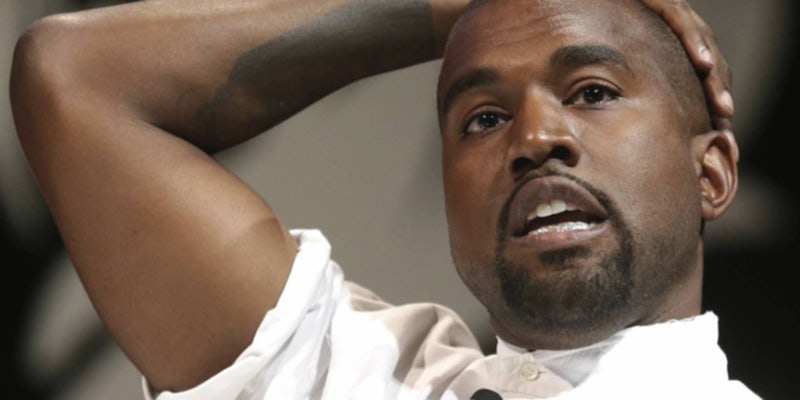 The crowd was not happy.

Those expecting a full slate of Kanye West songs at his concert in Sacramento on Saturday night probably left the arena disappointed. That’s because West—coming off his strange post-election endorsement of Donald Trump—played less than three songs, went on a long rant, and then abandoned the stage.

All of it led some in the crowd to yell, “Fuck Kanye!” and to demand a refund.

Let’s go to the videotape to watch him rant against Jay Z, Beyoncé, Mark Zuckerberg, and radio stations in general (if you just want to watch him end the show abruptly, fast forward to the 16:36 mark).

It’s not the first time West has been controversial on his Saint Pablo tour. At a recent show in San Jose, he went on a long political rant in which he admitted he didn’t vote, but if he had, he would have selected Trump. At that show, the crowd threw objects at him and booed, as West threatened to walk out early.

The crowd wasn’t much happier on Saturday.

West’s next concert is scheduled for Fresno, California on Tuesday night. If you haven’t bought tickets but are still thinking about going, know that the chances of West playing an entire show don’t seem great at the moment.