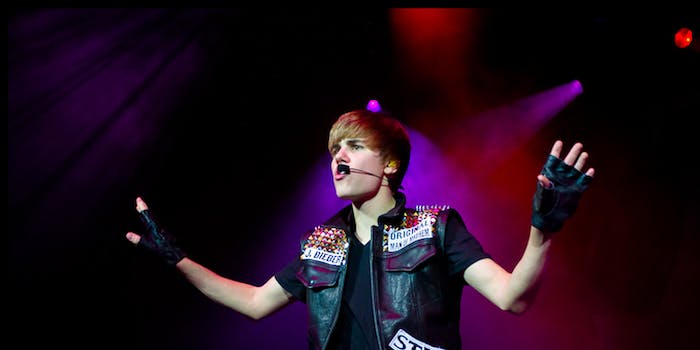 We the people want "the dangerous, reckless, destructive, and drug abusing, Justin Bieber deported and his green card revoked."

A White House petition to get pop star Justin Bieber deported to Canada has collected more than 100,000 digital signatures.

The We The People petition calls for “the dangerous, reckless, destructive, and drug abusing, Justin Bieber deported and his green card revoked” following his arrest Thursday for street racing while under the influence of alcohol.

“He is not only threatening the safety of our people but he is also a terrible influence on our nations youth,” the petition states. “We the people would like to remove Justin Bieber from our society.”

Having passed the 100,000 signature threshold, the petition has guaranteed an official response from the Obama administration. One of these signatures was from actor Drake Bell, whose tweet linking to the petition was retweeted more than 1,800 times.

https://t.co/dUmUrRkKxZ become a part of the movement!!!

The question of whether Bieber could be legally deported has dogged the 19-year-old since he was busted on the streets of Miami.

Legal experts interviewed by CNN and USA Today say it would be difficult to deport the singer unless he faced stiffer legal penalties.

“IF Bieber were charged with a felony and IF he were to be convicted, then his residency status in the USA could be affected,” USA Today reported. “Foreigners such as Bieber who are legal permanent residents can be deported if convicted of a serious crime, and the list of crimes that qualify has grown in recent years with America’s growing exasperation with criminal immigrants. This includes Canadians, too.”

Following his arrest, a group of 4chan pranksters has tried to convince his impressionable fans to kill themselves (#EndBieber), starve themselves (#StarvingBieber), or get themselves arrested (#Cuffs4Bieber) out of solidarity with the troubled celebrity.