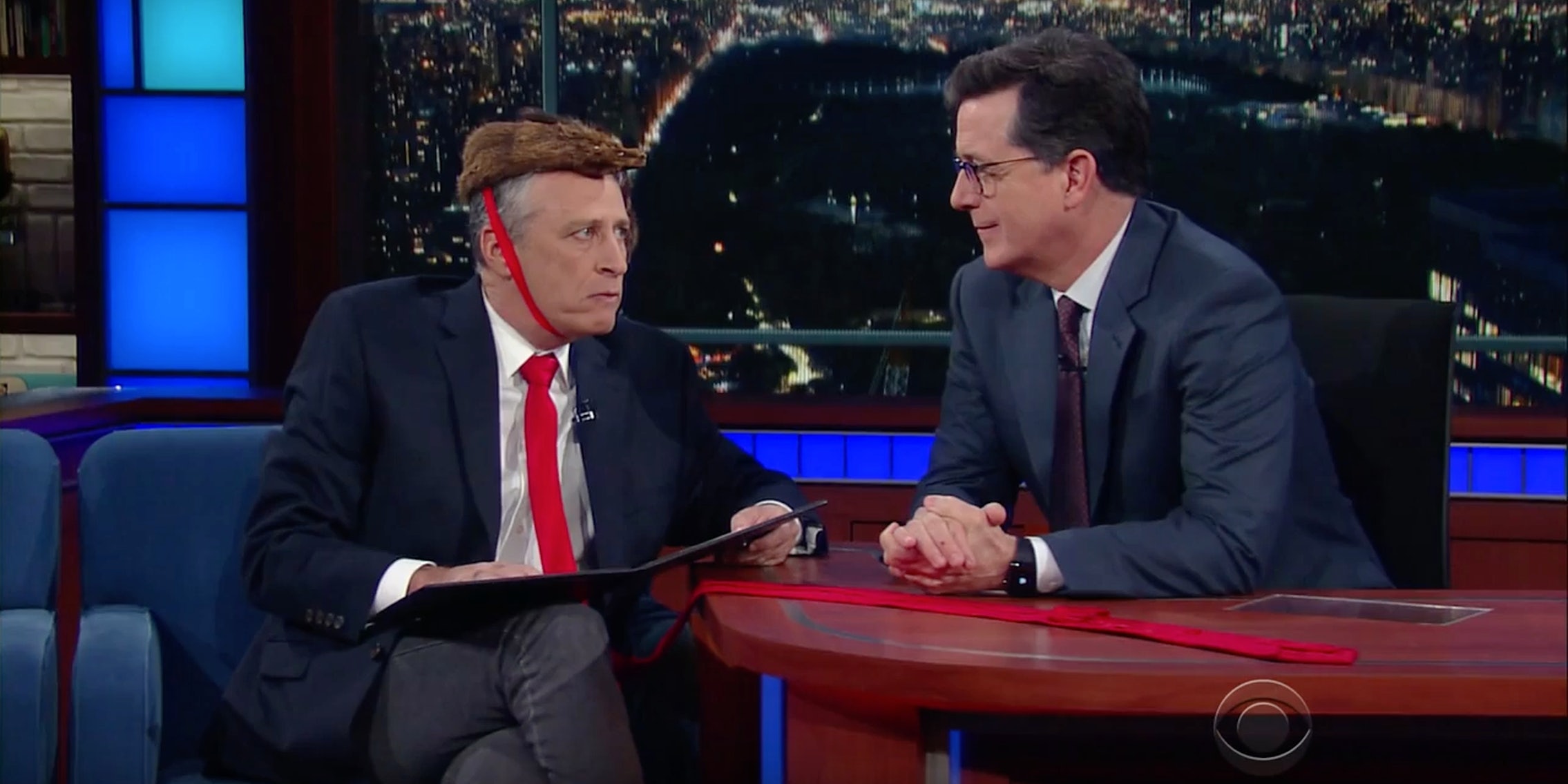 When Jon Stewart left The Daily Show just months into Donald Trump’s presidential campaign he warned us about bullshit and told us to fight it with vigilance. And now that bullshit is the language of the land, he’s back once again to prepare people for the vigilant battles ahead.

Stewart appeared on The Late Show in full Trump regalia—a suit that doesn’t fit, a long tie, and what he called a dead animal on his head—to read more of Trump’s “proposed” executive orders, following his immigration ban. Stewart wants China to send us their wall and has declared the official language “bullshit,” but his last one, declaring Trump exhausting, gets to a bigger point: “The presidency is supposed to age the president, not the public” and he says it will take every check and balance from keeping him from going “full Palpatine.”

“But perhaps therein lies the saving grace of I, Donald J. Trump’s, presidency,” he said. “No one action will be adequate. All actions will be necessary. And if we do not allow Donald Trump to exhaust our fight, somehow come through this presidency calamity-less, and constitutionally, partially, intact, then I Donald J. Trump will have demonstrated the greatness of America. Just not the way I thought I was gonna.”