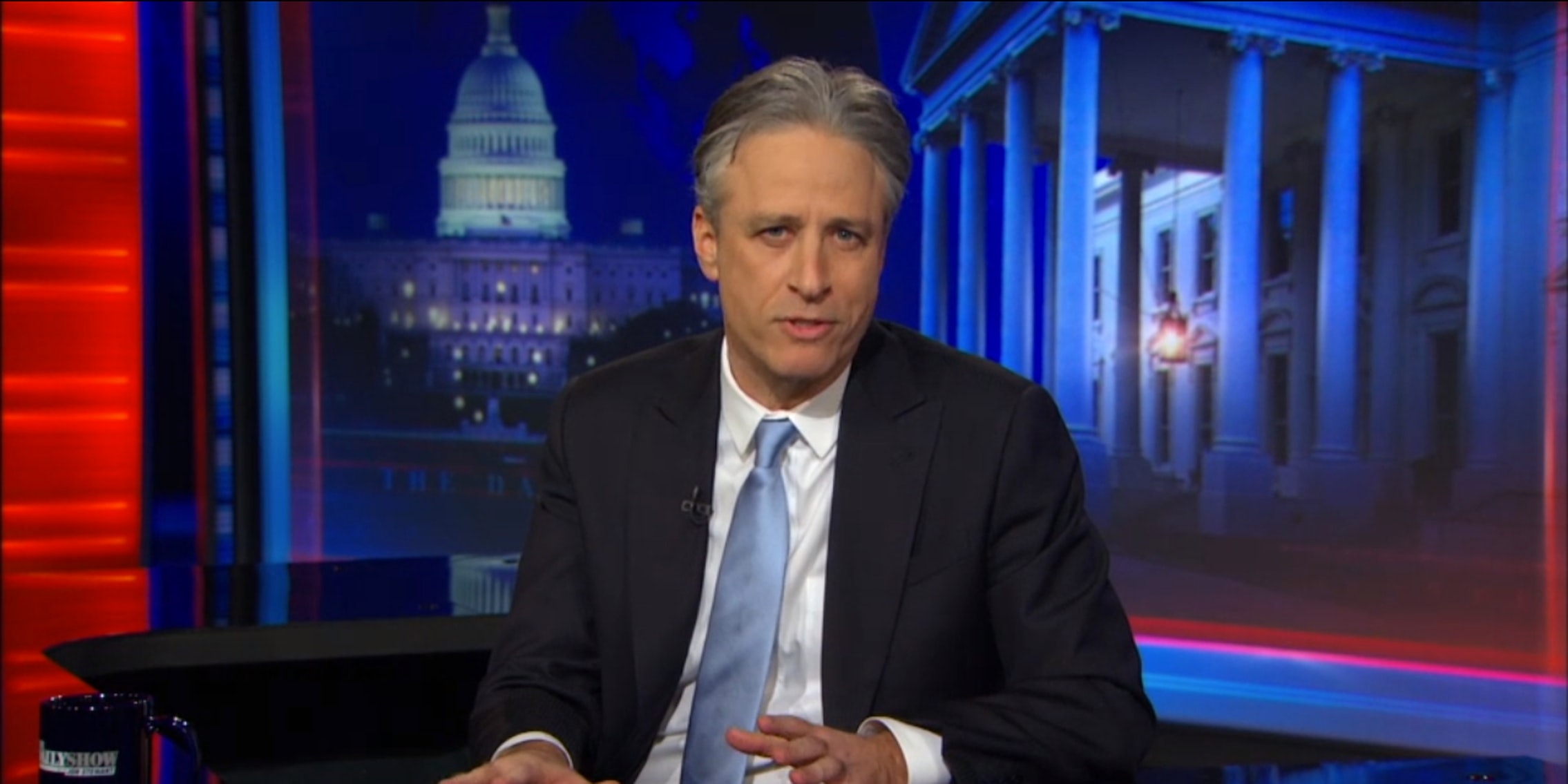 'This show doesn’t deserve an even slightly restless host, and neither do you.'

It was all emotions for Jon Stewart as he officially announced his retirement from The Daily Show on Tuesday’s show.

News of Stewart leaving spread across the Internet once those attending the taping were able to communicate, and Comedy Central soon confirmed the news with a statement praising the host. At its peak, there were more than 130,000 tweets coming in about his departure.

To confirm that he did make that announcement, he urged viewers (of which there were likely more than usual) to keep the TV turned on later than usual.

Tonight! For once, you wanna stay through the interview.

Although he hinted that the viewers knew something the audience didn’t during the show’s opening minute, it was business as usual as he took his usual punches at the government and cable news organizations.

He confirmed he is leaving, but it won’t be right away; his contract is up in September, but he and Comedy Central are still working out those details of when exactly his last show will be. With no immediate plans yet (but plenty of ideas), he says he’s looking forward to eating dinner with his family every day. But most of all, he’s grateful to Comedy Central, the staff, and the viewers for the past 17 years.

“It’s been an absolute privilege,” he said. “The home of my professional life. And I thank you for watching it, or hate-watching it—whatever reason you were tuning in for. You get into this business with the idea that you might have a point of view or have something to express. And to receive feedback for that is the greatest thing you can ask for. And I thank you for that.”