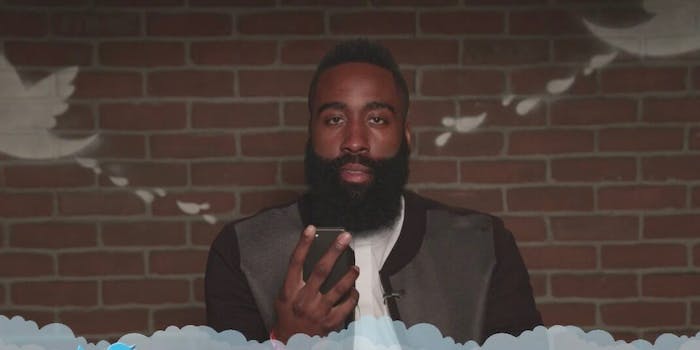 They're even more striking this year.

The NBA Finals are just getting started, and NBA players and commentators are once again getting dunked on by the terrible things people say about them on the internet.

Jimmy Kimmel’s annual NBA-themed Mean Tweets segment is in its fifth year, so the selection of tweets for players to read need to be especially creative this year.

And at one point, one of them flat-out refuses to read his own.