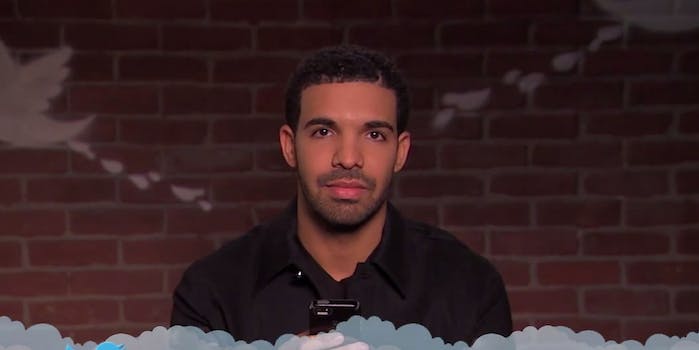 Jimmy Kimmel’s latest ‘Mean Tweets’ is meaner than ever

It's gone to a whole new level.

Twitter users’ insults to celebrities are the gift that keeps on giving.

The old mantra of “never read the comments” still stands, but a handful of musicians are breaking that to participate in another one of Jimmy Kimmel’s “Mean Tweets” segments. This time around, the “mean” tweets are more of a punchline than an actual insult, making the celebrities burst out laughing.

The insults show a level of creativity that would be perfect for writing the script for a celebrity roast. And instead of just frowning or shouting an F-you to the nameless Twitter user, the celebrities are fighting back.

But the evolution of tweeting shows that these people are getting better at throwing their insults. When someone says that she “thoroughly dislikes Sam Smith” instead of using the word hate, Smith has to applaud her for the effort.