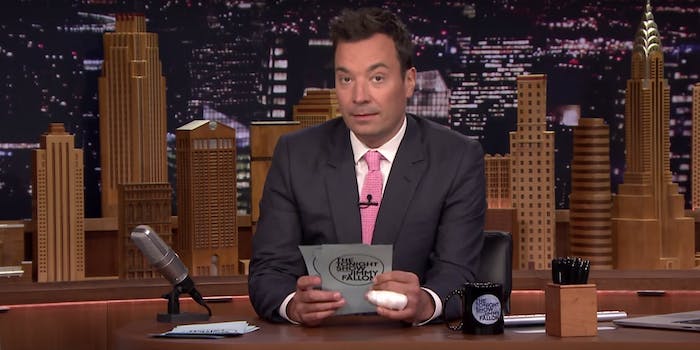 Thursday night's Republican debate is sure to be a wild ride.

With Donald Trump still polling in first place, Thursday night’s Republican presidential debate is sure to be a wild ride. But in case you’re still undecided about watching, Jimmy Fallon has laid out the pros and cons.

As Fallon points out, it’s hard to get excited about this debate as anything other than car-crash television. Either the candidates are gaffe-prone weirdos (Trump), or they sound like your uncle’s Facebook feed come to life.

We have to say, Fallon’s pro/con list makes the debate sound pretty entertaining—if only because so many of the cons are hilariously accurate.