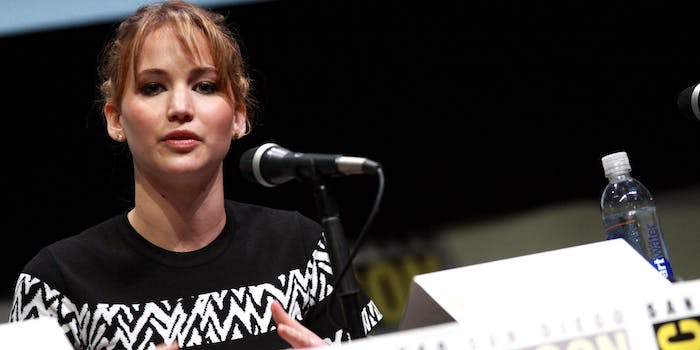 Jennifer Lawrence, Lea Michele, and Kirsten Dunst are apparently part of the leak.

It’s been called “Celebgate.” It involves 4chan and a huge library of never-before-seen nude photos of Jennifer Lawrence, McKayla Maroney, and Krysten Ritter.

Sometime over the past 72 hours, a user of 4chan’s /b/ imageboard—where pornography, pranks, and vigilante justice rule supreme—offered up nudes of the world’s most recognizable celebrities in exchange for bitcoins.

As is often the case with any promise posted on /b/, no one took it seriously and proceeded to call the user a “fag,” 4chan’s double-edged term of endearment and insult.

Today, that user made good on his promise in a huge way.

They dumped photos allegedly showing Lawrence in a strappy black piece of lingerie, Glee star Lea Michele in a black lacy bra, and Olympic star Maroney in a black thong on /b/.

The Daily Dot will not include the photos in this story or links to them because it is unclear whether they are legitimate or Photoshopped. Most of these photos can be found on Reddit’s r/celebs and Imgur. According to the 4chan user, the photos appear to have been obtained through the iCloud accounts of these celebs.

On Reddit’s r/nsfw, it has become a sort of game to see who can post the latest nudes first and reap a windfall of karma, the site’s internal mechanism for awarding comments and links. All of these photos are pornographic and NSFW.

The leak has set 4chan off in a frenzy. Dozens of threads have been created across /b/ and /tv/ to share each image. As further proof that this immense library of nudes exists, the original 4chan user shared these two images of his desktop, showing thumbnails of photos yet to be leaked. 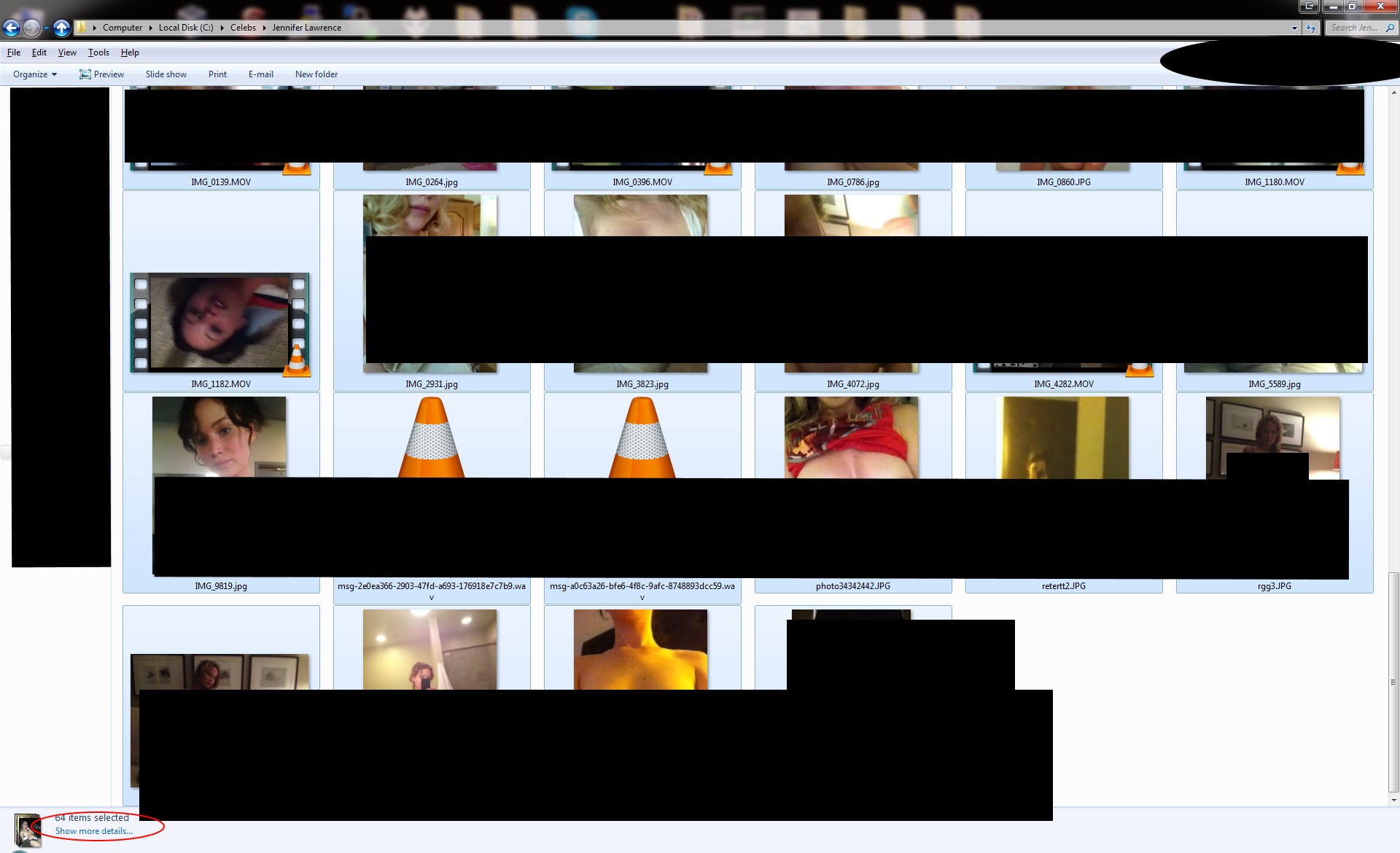 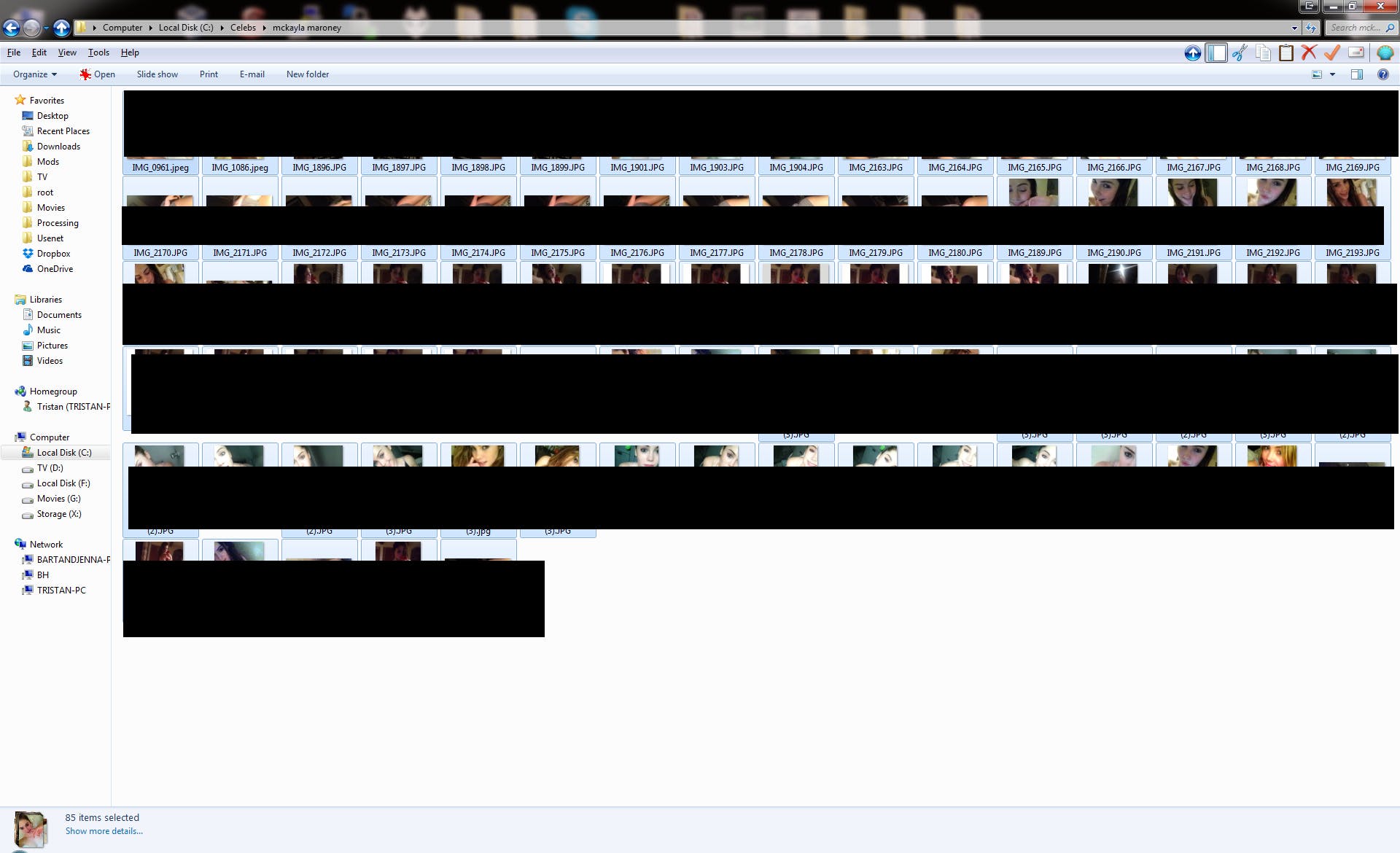 “This might be the best but also the saddest day in /b/’s history,” commented one random 4chan user in one of the threads. “We’ve been teased with all of these glorious pics. BUT there’s lot’s of videos out there, and I have a feeling that we will never get our hands on them because the dude is a hero but simultaneously a greedy hero. Think about it.. There’s 60~ [Lawrence] vids out there that you might or might not see. It’s going to haunt you forever.”

Update: On Twitter, Victoria Justice claims the alleged photos of her are fake.