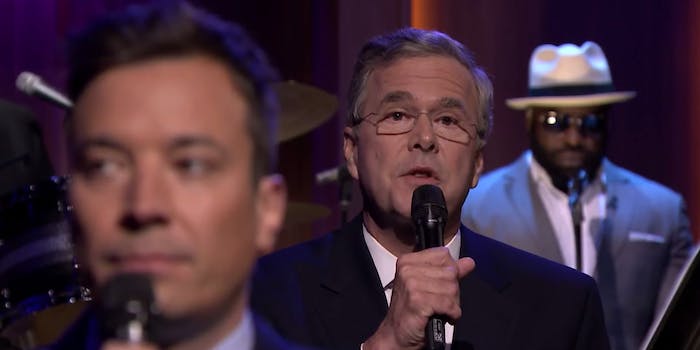 He's been a caucus tease.

Welcome to the new normal of the 2016 presidential election: In addition to kissing babies and observing pigs at the state fair, candidates must also embarrass themselves in front of Jimmy Fallon.

Jeb Bush, who announced he’s running for president on Monday after months of unofficially campaigning, stopped by The Tonight Show on Tuesday to appeal to younger voters with a musical number.

Like President Obama and Mitt Romney before him, Bush came to slow-jam the news and discuss his political platform with a soulful track playing behind him. Bush showed that he had a few tricks up his sleeve and even called back to an older segment.

Master debater? That’s not the only thing he’ll have to prove during this campaign.