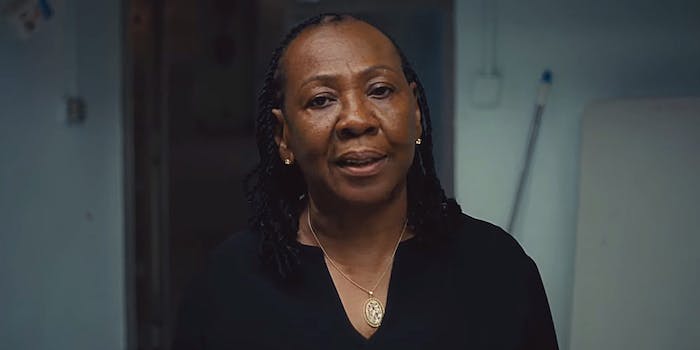 'You live in the shadows for fear of someone hurting your family,' Gloria Carter rapped.

Last year, rapper Jay-Z’s mom, Gloria Carter, came out as a lesbian in the song “Smile” from 4:44. Now, to celebrate her story, GLAAD is offering Carter a Special Recognition Award, Billboard reports.

During the upcoming GLAAD Media Awards in New York City on May 5, the LGBTQ organization will present Carter with the award and invite her to deliver a speech about living as a lesbian of color and how coming out has impacted both her, her family, and listeners around the world.

GLAAD president and CEO Sarah Kate Ellis also praised Carter for “sharing her truth with the world,” honoring how she has “increased visibility of lesbian women of color at a critical time.”

“Her story and the unconditional love that her family exhibits resonate with so many,” Ellis said in a press release.

In “Smile,” Jay-Z raps about how his mom “had to pretend so long that she’s a thespian” and “had to hide in the closet, so she medicate,” supporting his mother and affirming that it doesn’t “matter to me if it’s a him or her.” Carter herself appears on the song and talks about “living in the shadow,” saying that it’s “time to be free” and “life isn’t guaranteed.”

“In the shadows, people see you as happy and free/Because that’s what you want them to see,” Carter raps. “Living two lives, happy, but not free/You live in the shadows for fear of someone hurting your family or the person you love.”