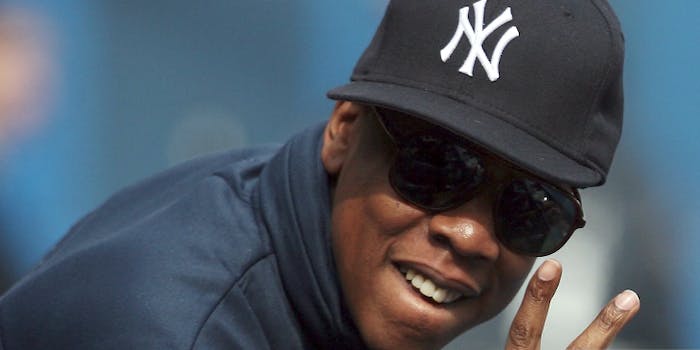 Jay Z‘s new album 4:44 was released as a Tidal exclusive Friday, and in certain ways it’s his answer to Lemonade.

The rapper’s nine-year marriage to Beyoncé hasn’t been without its trials, and after Bey got to say her piece with her 2016 masterpiece it’s Jay’s turn to weigh in. His album is peppered with references to his relationship with the pop icon. One track in particular,“Kill JAY-Z”, is full of references to celebrity tension and failed relationships. “You egged Solange on/ Knowin’ all along, all you had to say you was wrong,” he raps, referencing his now-infamous elevator fight with sister-in-law Solange Knowles.

Later he jokes, “In the Future, other n*ggas playin’ football with your son”—a reference to rapper Future, whose engagement to the singer Ciara ended because of infidelity (she is now publicly married to the football player Russell Wilson, who gets to co-parent Future’s son with her).

Neither Solange or Future have commented on the lyrics, a sign that they probably aren’t bothered, but a third (considerably tamer) reference in the song actually did ruffle some celebrity feathers.

In the same verse, Jay notes, “You almost went Eric Benét / Let the baddest girl in the world get away,” referring to the singer and actor whose marriage with Oscar-winner Halle Berry ended in 2005 after a string of infidelities.

Benét hopped on Twitter early Friday morning to let the record show that he is doing just fine, thank you, and his current wife is very hot: