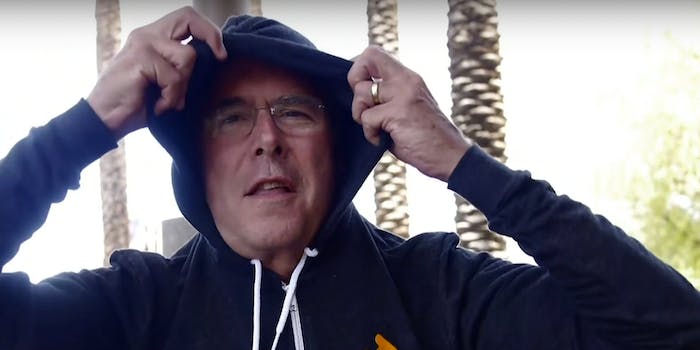 Corden will miss making fun of him on a nightly basis.

Now that Jeb Bush is out of the presidential race, the late-night hosts are paying tribute to the Bush son who couldn’t have it all.

Stephen Colbert brought out his Caesar Flickerman impression once again, but James Corden offered a more nuanced take on the former Florida governor. Bush disproved the notion that someone could lose and not win everything, Corden said, and his campaign was full of more memorable moments than someone who cooked bacon on a machine gun or claimed to have stabbed someone else. It was like he was running just for the late-night hosts.

He might not have always seemed like he wanted to be there, but he brought the meme factor when it counted. And as always, Bush had to remind us to “Please clap” at the end of his own tribute. He lost to Donald Trump; there’s no other way for him to go out.