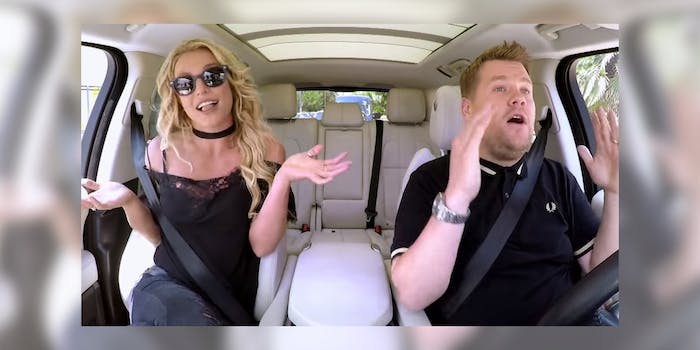 Britney Spears and James Corden rock out to ‘Toxic’

Oops, he did it again.

James Corden’s about to go on a ride with a very special passenger.

On Thursday he’ll debut another round of Carpool Karaoke, The Late Late Show’s most successful recurring segment that’s spawned two different TV shows in the works, with none other than Britney Spears, whose album new Glory will be released Friday. While we’re only given a taste of what’s to come, Corden and Spears break out a bit of “Toxic” and he asks her about whether her two children have seen her show.

Will it be glorious? Almost definitely.