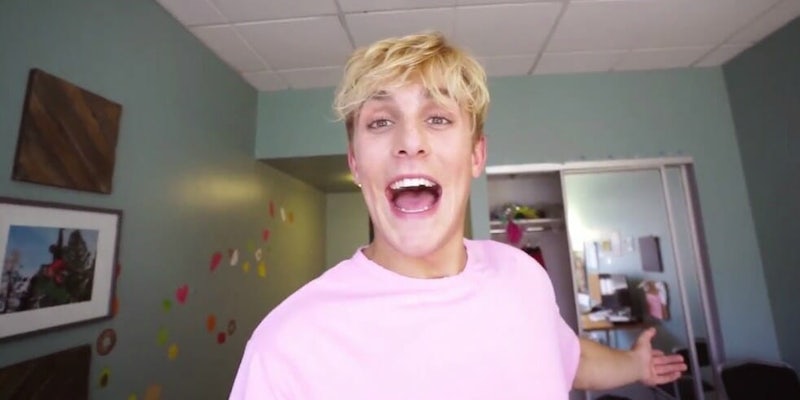 Are the two stories related?

Only a few days after it was reported that the neighbors of YouTube star Jake Paul were considering a class-action public nuisance lawsuit against him, the Disney Channel and Paul announced Saturday he would be leaving the Bizaardvark TV show in the middle of season 2.

It’s unclear if the potential lawsuit has anything to do with Ryan’s departure from the TV show. But in a statement, the Disney Channel said the decision was mutual.

“We’ve mutually agreed that Jake Paul will leave his role on the Disney Channel series Bizaardvark,” a Disney Channel spokesperson said in a statement, via Variety. “On behalf of the production company, the cast and crew, we thank Jake for his good work on the TV series for the past 18 months and extend our best wishes to him.”

On Twitter, Paul, who has more than 8.8 million YouTube subscribers, said he was looking to focus more on his personal brand.

Paul’s neighbors are reportedly upset because an “endless stream” of fans show up at Paul’s home on a daily basis, and during a recent stunt, Paul lit furniture on fire in an empty swimming pool in his backyard with flames reportedly taller than his house.

“We used to be a nice, quiet street, and now we’re just this war zone,” neighbor Maytal Dahan told KTLA 5. “We’re families here and we’re more than happy to have them live here if they’re respectful of their neighbors, but they’re not.”

Responded Paul: “It’s terrible, it’s a bad situation. No, I feel bad for them. There’s nothing we can do though. The Jake Paul-ers are the strongest army out there. Dab.”