Thomas and Jordan have a famously bitter feud that dates back decades. Thomas refused to shake Jordan’s hand after his Detroit Pistons lost to the Chicago Bulls in 1991, an incident that led to Jordan pulling rank to ensure Thomas didn’t end up on the original Dream Team for the 1992 Olympics—despite it being coached by the Pistons’ Chuck Daly.

After the Hoosiers’ 76-67 win, Thomas pulled an enormous Crying Jordan poster out for all the world to see. Redditor Chibooms captured the moment. 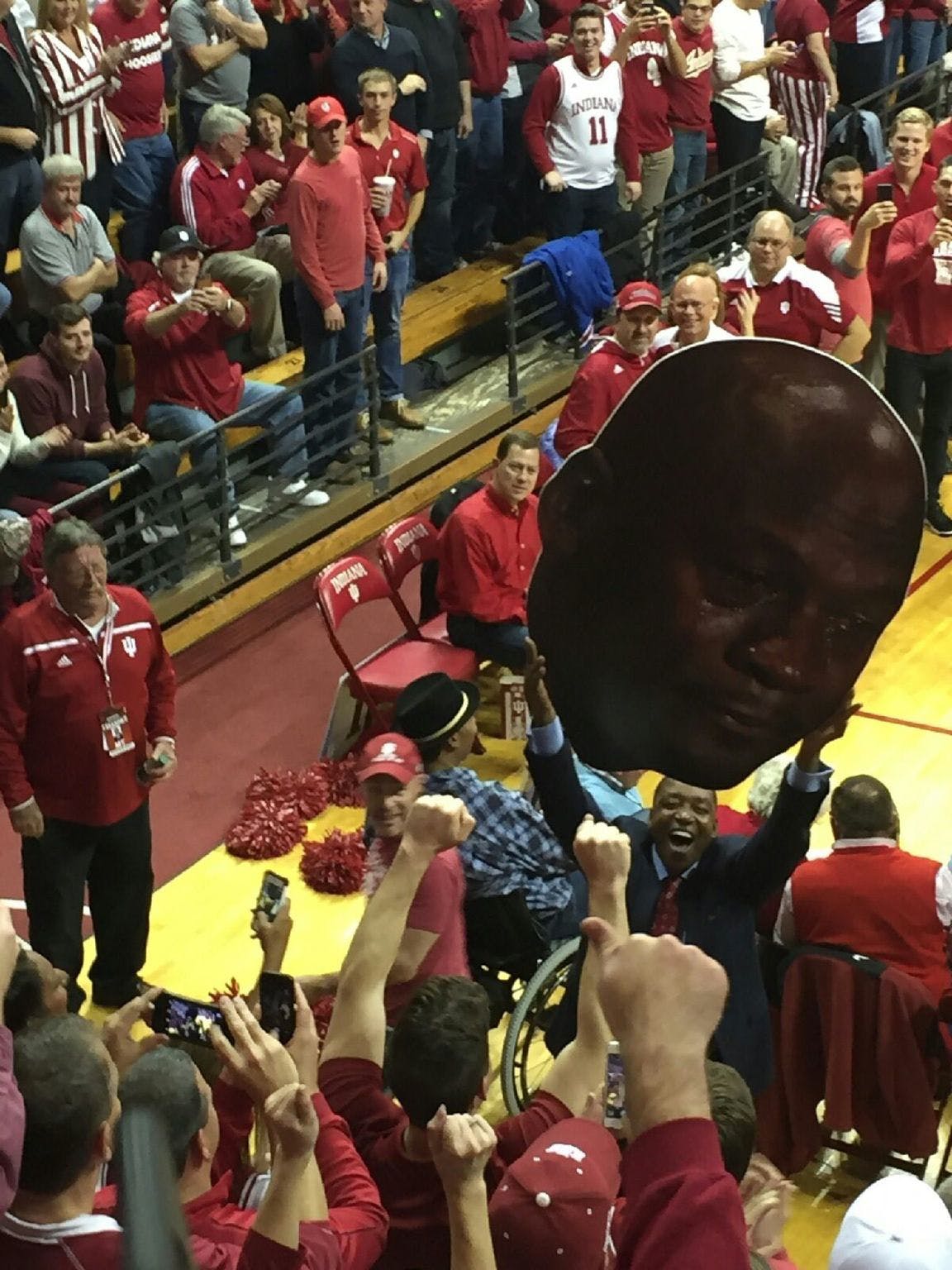 “There were two girls sitting behind me, two IU students, and one of them handed it to me,” Thomas told ESPN’s Jeff Goodman. “I knew the crowd would go crazy—and they did when I held it up.”

Jordan can’t seem to escape his meme status. Its even inspired a fake 30 for 30 documentary. Crying Jordan hit its peak when the Tar Heels lost the NCAA championship earlier this year.  Even President Obama referenced the meme when awarding Jordan the Medal of Freedom last month—an event, it should be noted, Jordan definitely cried at.