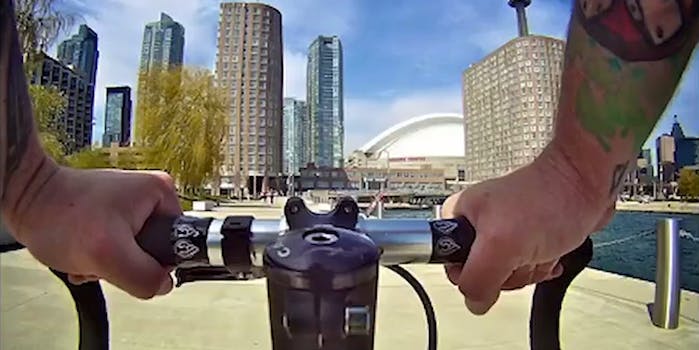 Nearly 900 Instagrammers just helped make a short film—and there’s not one full-faced selfie among them.

Eight hundred and fifty-two Instagrammers just helped make a short film—and there’s not one full-faced selfie among them.

French filmmaker Thomas Jullien pulled the photos from Instagram and turned it into a global showcase of the world in stop-motion form.

From Paris to Sydney, New York, and beyond, it’s putting some of the world’s most iconic sights on display—many of which we’re guilty of posting on Instagram at one point. With some action travel shots added in, it gives you the feeling of moving without going anywhere.

“I wanted to create structure out of this chaos,” Jullien wrote. “The result is a [crowdsourced] short film that shows the endless possibilities of social media.”

More and more filmmakers have been experimenting with Instagram lately. The first Instagram music video premiered on Vimeo last year, while another stop-motion short film captured the process within the confines of the mobile Instagram app.