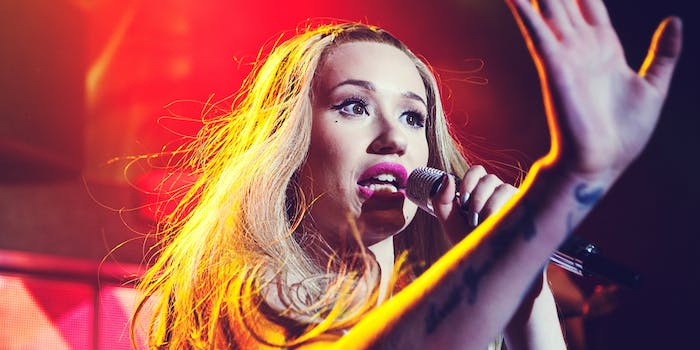 'People in this world are really f*cked up.'

The media had a lot of theories this week after news broke of Iggy Azalea‘s split from fiancé (and NBA player) Nick Young, but the rapper took to Twitter early Thursday morning to set the record straight.

The popular theory had been that Azalea learned Young’s ex was four months pregnant with his child and decided to call the engagement off. If that rumor is true, though, Azalea says she wasn’t aware of it.

She started her tweet thread with an admission that she hadn’t heard anything about a pregnancy until she turned on E! News.

She went on to explain why she did decide to dump Young. It seems he had some female guests over to the couple’s home while Azalea was out of town. He just forgot one thing: They have security cameras.

So it is tweeted, so it is done.