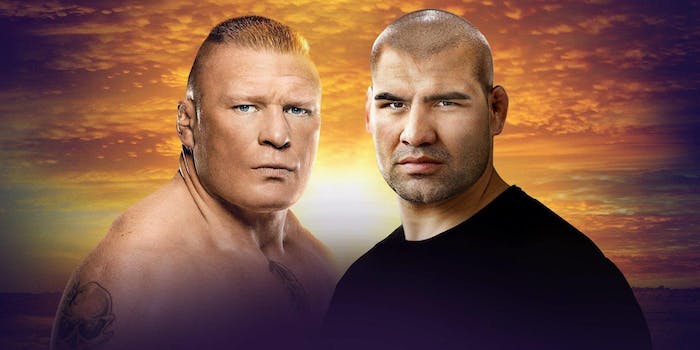 How to stream WWE Crown Jewel

Settle in on All Hallows' Eve for some terrifying finishers.

If you prefer staying home on Halloween instead of preparing for costumes and trick-or-treating, you might as well tune in to some wrestling. WWE Crown Jewel will air live from Saudi Arabia, and not only does it feature what’s sure to be a brutal championship bout between Brock Lesnar and incredibly mean-looking former UFC star Cain Velasquez (Velasquez beat him Lesnar before for real in the UFC ring in 2010), but it also dishes up the first-ever women’s match to be held in Saudi Arabia by pitting Natalya against Lacey Evans.

Staying in theme with Halloween, Seth Rollins will face off for the Universal Championship against everyone’s favorite horror show The Fiend (let’s hope this match is less facepalm-inspiring than their Hell in a Cell match earlier this month). You’ll also get to watch WWE Hall of Famers Ric Flair and Hulk Hogan each coach a hand-picked team of five athletes for a 10-man tag team match that ought to be a clusterfuck in the best of ways. Team Hogan features Roman Reigns, Rusev, Ricochet, Shorty G, and Ali, while Team Flair has Randy Orton, Baron Corbin, Bobby Lashley, Shinsuke Nakamura, and Drew McIntyre. The fists will be flying, that’s for sure.

Here’s everything you need to know to watch WWE’s Crown Jewel.

Crown Jewel live stream: How to watch online for free 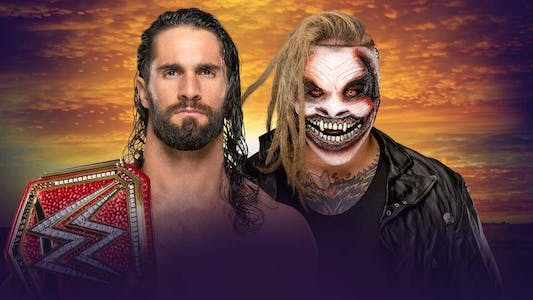 WWE Network is the best way to get the Crown Jewel live stream if you want to watch these wrestlers blast each other in the ring. If you’re not already a convert, the news is good: You can get a month of the service free right now, which means you can watch Crown Jewel without paying a nickel. After that, the service costs just $9.99 per month, but you can cancel anytime. Considering WWE Network lets you stream all 14 yearly pay-per-view events at no additional cost, that’s a really good deal. Seriously, just think about how many times you’ve paid $60 to watch one PPV. For that same amount, you’ll get a whole year of WWE Network—and access to all past events. Between NXT, Raw, and Smackdown Live, you’ll be able to watch all your favorites hit the mat on a weekly basis, and you’ll also get access to documentaries, reality programming like My Son/Daughter Is a WWE Superstar, and originals like Wrestlemania Rewind. 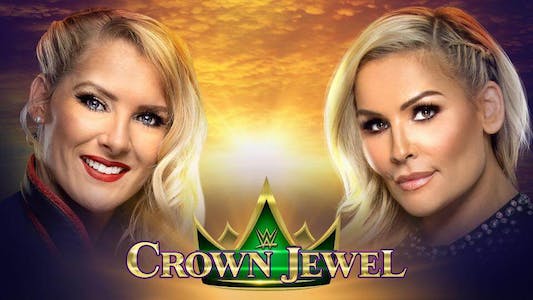 If you have cable, you can order the Crown Jewel PPV from Spectrum, Cox, Xfinity, Verizon FiOS TV, Cable One, Dish Network, and DirecTV for $59.99-$69.99. But given all of the benefits that come with WWE Network—not to mention the chance to get started with one free month—we’d highly recommend figuring out a way to stream Crown Jewel using one of the devices listed above.

The “c” indicates the current titleholder