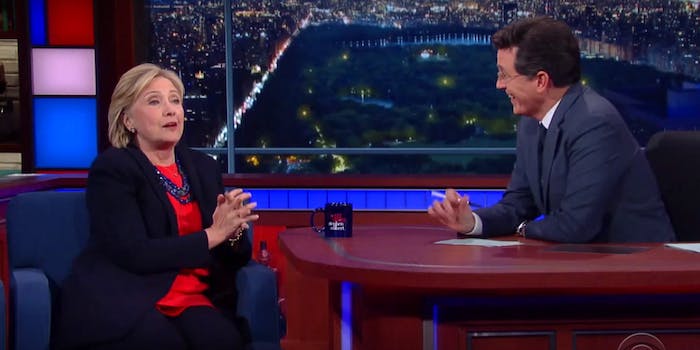 When political candidates start talking about their favorite TV shows, it can feel like a cynical ploy to seem relatable and normal.

Not so with Hillary Clinton, who revealed to Stephen Colbert that her three favorite shows are basically fanfiction about her own life: House of Cards (about a Washington power couple trying to hold onto the presidency), Madam Secretary (about a female secretary of state), and The Good Wife, which literally features a Clinton campaign storyline this season.

Some people might see these choices as egotistical, but we kind of love the fact that Hillary Clinton admits to watching political dramas to relax.