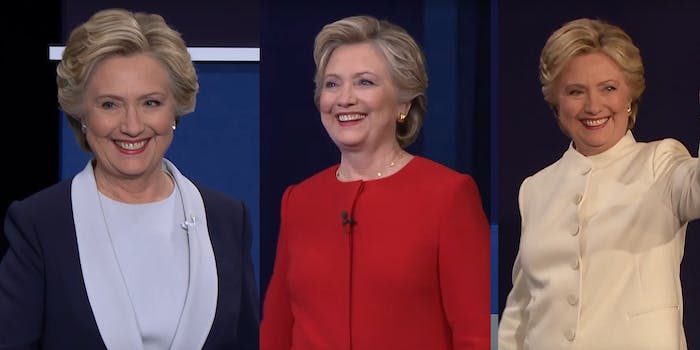 Is Clinton paying homage to Death Row Records with her debate suits?

All eyez on her.

I mean, it just makes sense.