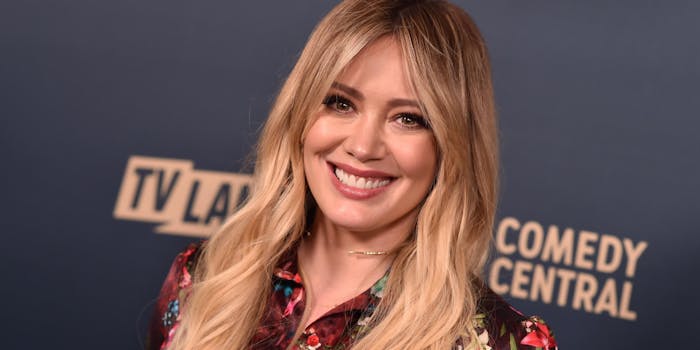 Earlier this week, Hulu announced that it would be streaming Love, Victor—a TV spinoff of the successful film Love, Simon—this summer after it was originally slated to debut on Disney+ (both streaming services are owned by Disney). But amid conversations about what kind of content is allowed on Disney+, we’re finally starting to learn why the Lizzie McGuire revival series halted production last month.

On Monday, Deadline reported that Love, Victor featured a “realistic portrayal of issues faced by young adults that may not be appropriate for families to watch with their young children,” thus facilitating the move to Hulu.

In its wake, fans and critics alike called Disney+ out for its inconsistency on what counted as “too adult.” Because while violent Marvel or Star Wars films have the go-ahead, a TV show that featured LGBTQ+ content or alcohol consumption is “too adult.” (Even then, what’s flagged is rather inconsistent because movies that featured alcohol and allusions to sex are already on Disney+.)

As that conversation took place online, Hilary Duff, who is returning for the Lizzie McGuire revival, posted a screenshot of an article about Love, Victor not being family-friendly on her Instagram Stories. She circled the words “family-friend” and commented, “Sounds familiar.”

Production on the Lizzie McGuire revival ended just two episodes into filming after the sudden departure of creator Terri Minsky. A new report from Variety suggests that Disney+ fired Minsky for similar reasons.

“I am so proud of the two episodes we did,” Minsky told Variety on Wednesday. “Hilary has a grasp of Lizzie McGuire at 30 that needs to be seen. It’s a wonderful thing to watch. I would love the show to exist, but ideally I would love it if it could be given that treatment of going to Hulu and doing the show that we were doing. That’s the part where I am completely in the dark. It’s important to me that this show was important to people. I felt like I wanted to do a show that was worthy of that kind of devotion.”

According to Variety, Disney was initially aware of the kinds of stories Minsky and Duff wanted to tell with an adult Lizzie McGuire (and include elements that Disney would consider to be “too adult”). But Disney wanted a series closer in tone to the original series, one that would be more geared toward children and families.

In a statement, Disney noted that it was trying to appeal to both the show’s original audience and new viewers and confirmed that it hadn’t scrapped the series despite being unable to find a replacement for Minsky.

“We paused production on Lizzie McGuire a few weeks ago to allow time for some creative re-development,” they said. “Our goal is to resume production and to tell an authentic story that connects to the millions who are emotionally invested in the character, and a new generation of viewers too.”