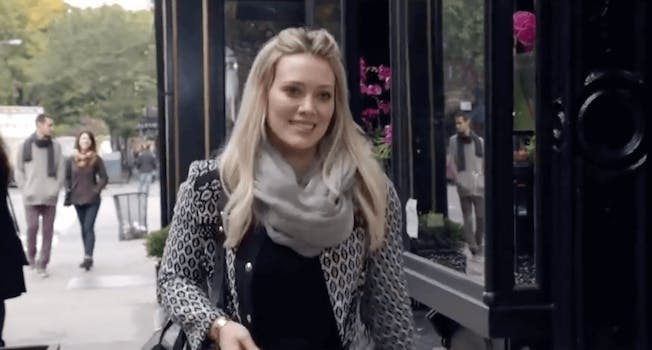 Several original cast members will return for a look at the life of grown-up Lizzie.

The Lizzie McGuire reboot will also be a reunion.

Deadline reports that much of the main cast will return for the forthcoming sequel series on Disney+. In addition to leading lady Hilary Duff, original cast members Hallie Todd (Jo McGuire), Robert Carradine (Sam McGuire), and Jake Thomas (Matt McGuire) have signed on.

This news coincides with the first read-through for the new series, which marks the first time that the cast has gotten together in 15 years. Original Lizzie McGuire creator Terri Minsky will also return for the reboot.

“We are incredibly excited to bring back one of the most popular Disney Channel series of all time along with some beloved and familiar faces,” Ricky Strauss, president of content and marketing at Disney+, told Deadline. “With Terri at the helm and Hilary, Hallie, Robert, and Jake back after all these years, it’s our honor to welcome the McGuire family into the Disney+ family.”

The next chapter in Lizzie’s story finds the protagonist on the eve of her 30th birthday. She’s had a successful run at adulthood, with a dream job and a good relationship, but she still faces trials and tribulations.

There isn’t word yet on when the Lizzie McGuire reboot will be available on Disney+, but all episodes of the original series and the film, The Lizzie McGuire Movie, will be streamable when the service launches in November.