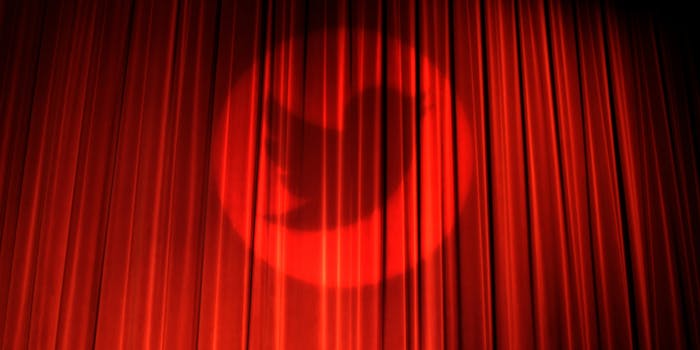 Why this Twitter TV show is a very, very bad idea

Much like Web culture is hard to nail down, so are hyper-topical storylines in television.

Lionsgate Television announced yesterday its latest project in development: a TV show based on journalist Nick Bilton’s book Hatching Twitter: The True Story of Money, Power, Friendship and Betrayal. While the project hasn’t been guaranteed a series order yet, Lionsgate is the studio behind hits like Orange Is the New Black, Nurse Jackie, and Weeds. Unfortunately for Lionsgate, the Twitter television show just doesn’t look like it’s going to be good.

It was only a matter of time before some forward-thinking studio snapped up the rights to the novel—in Bilton’s case, it took exactly one month and two weeks from release date. Given the finite edge to the creation story, as well as the success of The Social Network, it’s an interesting move on Bilton’s part to shoot for television rather than film for the screen version. (It’s hard to imagine the constant theme throughout the book of greed didn’t rub off on Bilton a bit; a television series pays far better than a film can.) As Maud Newton foreshadowed in the New York Times Sunday Book Review of Hatching Twitter, “Bilton sketches the founders’ backgrounds and personalities in quick, skillful strokes that will serve the eventual screenwriter, director and storyboard artist well; these are characters made for the big screen.”

Given its larger-than-ife story and sharply defined characters, why is the Twitter TV show doomed to fail?

Primarily, television shows about Web culture have a hard time finding their footing. Given the ephemeral nature of what’s popular on the Internet, it’s hard to nail down what will be trending in the near future. In the year and a half since last May’s Facebook IPO, the Internet has seen the powerful rise of Instagram, Snapchat, Vine, and the supplantation of Twitter over Facebook as the medium of choice among millennials.

Factor in the length of time it takes a show to go from the nascent stages of development to airing on-screen (if it airs at all), and the piece of the zeitgeist that it was trying to capture may well be old news. The failures of MTV’s series based on a website, The College Humor Show, and Bravo’s LOLWork, based on the Cheezburger Network, are proof positive that Comedy Central’s Web-based @midnight has had a modicum of success in its first season this winter, but chooses to focus on what’s going viral across the country, not just Twitter.

While a fictionalized account of a social network, with all its behind the scenes politics, could lend itself well to the sort of pulpy cable drama that’s popular now, the focus does eventually have to move away from the product and settle into just being a show about a nefarious corporation—and when it does, will an attempt from first-time screenwriter Bilton, who’s penning the script as well, hold up against stronger fare in the same genre?

Much like Web culture is hard to nail down, so are hyper-topical storylines in television. Given the hope for extracting as many seasons as possible out of a good idea, ideally upwards of a hundred episodes so that all involved can cash in on syndication paychecks, studios generally like to focus on broad constructs that hold up to the test of time. Showrunner Alan Kirschenbaum, head writer of comedies such as Coach and Yes, Dear, would often tell his writers they were never allowed to use pop culture references when turning in their scripts, as jokes that were topical rarely played well for new audiences years later if a show made it to syndication, and was airing reruns regularly.

While shows like South Park and The Simpsons buck this tradition (the argument being that long-running cartoon shows are able to take concentrated swings, given how often they air and how irreverent they can be), if you look at any show that’s popular in syndication—Friends, Law & Order: Special Victims Unit, even Modern Family—there are rarely distinguishing time markers on the show; storylines instead focus on universal issues. By pigeonholing Bilton’s script as the Twitter story, even if the show manages to capture the intricacies of Twitter’s Web culture, when the time comes to make real money in syndication, its outdated premise will make other networks reluctant to pick it up for re-airing.

What will be interesting is how Twitter the company approaches Lionsgate and Bilton’s show, given that they do not endorse it, or the book. Shows about startups have been attempted (none more brilliantly than The Office writer Justin Spitzer’s comedy in development at USA, titled Startup), but other than the film The Social Network, no movies or television shows have focused on a specific startup and identified them by name. While Twitter has been making a concerted effort to partner with studios and networks to find innovative ways to advertise content (most methods just involve using a Twitter second screen to divert your attention away from your first screen), given the Twitter founders’ attempts to distance themselves from the book and refute Bilton’s allegations, it seems unlikely that even if the Lionsgate show finds its way to series, Twitter will be as helpful in coming up with custom ad programs to get the word out.

If the show moves forward, it’s sure to grab eyeballs—even if Twitter has becoming a passing fad by its premiere date, the concept of an inside look at a social network is interesting to see in a fishbowl. But as any casual social media user knows, fads come and go online at a constant pace. A Hatching Twitter movie, able to capture a moment without stretching it out past its limits of captivation, would have been a far better choice than a television show whose premise is shaky at best.