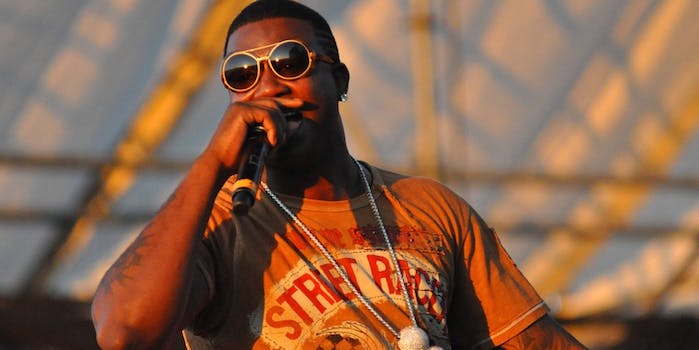 Gucci Mane has been busy since he was released from prison six weeks ago.

Six weeks after Gucci Mane was released from prison and a month after he was involved in a collaboration with Kanye West and 2 Chainz, Gucci Mane dropped his newest song Tuesday night.

And he has a very special guest: the late, great Tupac.

Here’s the song itself with a verse from Tupac’s “Fuck Em All,” which was recorded in the mid-1990s and was released in 2002 and has now emerged 14 years later. Gucci Mane’s newest album, Everybody Looking, will be released on July 22.

While a previously unreleased version of a work from Tupac would have made the internet explode Tuesday night, the fact current-day artists are still getting help from the late superstar signifies that Tupac’s talent won’t be going out of fashion any time soon. Even Gucci Mane, who is now almost certainly a clone, knows that.