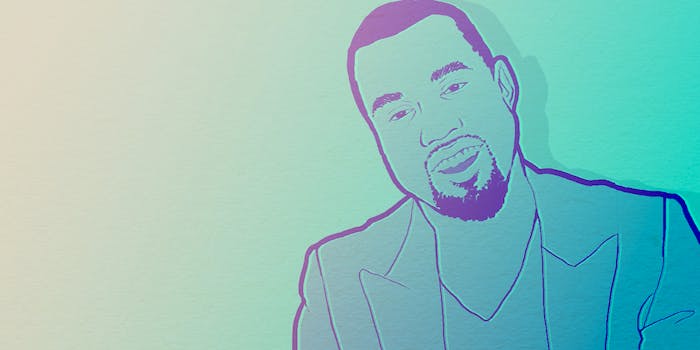 You're going to want to hear this.

Forget Tidal exclusives: Kanye West took to—wait for it—the radio to premiere a still-untitled single on Friday. But when you spring for two Gucci Mane verses, is there any other choice but to go for a populist platform?

West tweets that it’s the debut single from a new project called Cruel Winter, which follows his highly publicized rollout of The Life of Pablo in February. Keep in mind that 2012’s Cruel Summer was more of a compilation that featured West’s roster of up-and-coming rappers; Cruel Winter presumably follows suit.

And indeed the song spotlights G.O.O.D. Music’s Desiigner and Big Sean, in addition to heavyweight performances from 2 Chainz; Travi$ Scott; Yo Gotti; Quavo of rap trio Migos; and a reinvigorated, fresh-outta-jail Gucci Mane. You can listen to the single, premiered on Los Angeles hip-hop station REAL 92.3, below.

Who comes away as the best rapper? 2 Chainz may have the least incentive to perform big on the song given his emeritus status as a reliable personality who can make you smile just by saying his name, but the veteran rapper is particularly competitive and essential here. His similes don’t even need to technically rhyme for them to be gorgeously evocative: “I got a mansion full of marble floors, it looks like I can go bowling.”

But Gucci Mane—responsible for nine out of 10 U.S. trending topics on Twitter upon his release from prison last week—is the “walking money machine” whose mere presence lends the song its of-the-moment urgency.