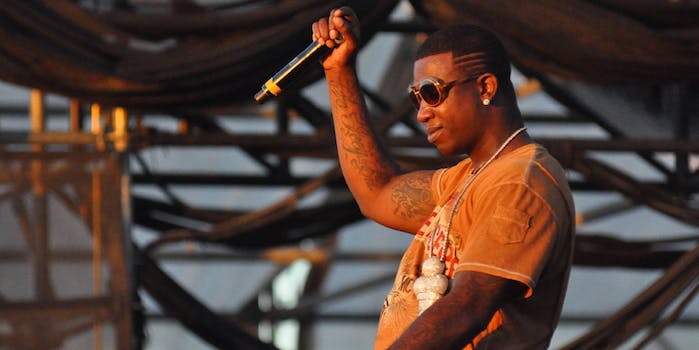 Twitter fuels the fire that Gucci Mane is a clone

Will the real Trap God please stand up?!

Rapper Gucci Mane is back and better than ever. With a hell of a lot less gold in his mouth, the new and improved artist is flexing some rock-hard abs and actually wearing T-shirts after his early release from an Indiana penitentiary in May. His “Welcome Home” party at Atlanta’s Elan Mansion was lit enough to monument his official return, and it is safe to say the Trap God is finally back in the game.

Gucci Mane’s drastic glow up, however, has left many perplexed. The internet has become a hub for conspiracy theorists to debate on whether the man we now see is, in fact, the real Radric Davis. So inevitably, we, too, have to ask:

Gucci Mane … is that really you?

Though many theories are circulating on social media, it seems that fans are most convinced that the rebirth of Gucci Mane is actually a clone created by the government.

Much of the traction began after the satirical news site ThingsUThink.com published an article claiming that Lil Boosie does not buy the Gucci Mane comeback:

I rock with Gucci the long way but that ain’t the real Gucci, we both sitting in the studio and he seemed lost and after his show at Mansion he called me Herman” -Lil Boosie

(For the record, Lil Boosie’s real name is Torrence Hatch and not Herman, but who cares, right?)

Twitter users are taking the possibility of a Gucci Mane replica very seriously, creating a lack of consensus and friction in the Twittersphere. Some are certain that the transformed Gucci is not Gucci at all.

Others are not convinced that the government would spend time or money on such an elaborate operation, lashing out at the theory’s legitimacy:

Y'all act like Gucci mane was abducted by aliens in jail & we looking at a clone he grew tf up lol shut up you should do the same.

lmfao bro gucci being a clone is easily the most headass thing of the year.

So bc Gucci stuck with his girl, started eating healthy and wears a shirt, he's a clone? 😂😂 society really messed y'all heads up 😂😂😂😂😂😂

In a much anticipated video message to fans, Mane cheekily addressed the clone claims by simply stating he will “neither support or deny those accusations:”

This isn’t the first time fans have convinced themselves that a celebrity has a clone. Not too long ago, people speculated that Beyoncé had a clone after her Lemonade album release.