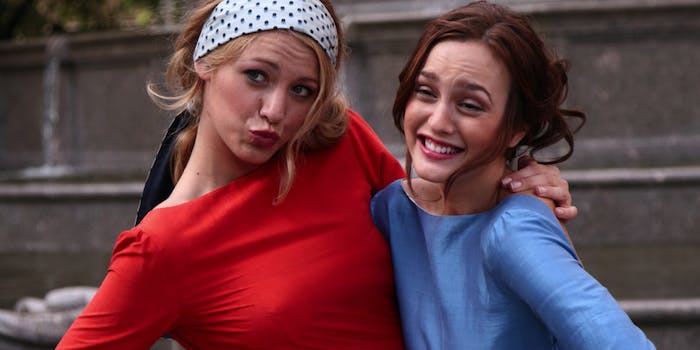 Attentions Upper Eastsiders, do I have some news for you: Gossip Girl is returning in reboot form to HBO Max.

The reboot received a straight-to-series order, which will comprise of 10 episodes, according to the Hollywood Reporter.

Original showrunner Josh Safran is returning to serve as the reboot’s main writer and executive producer. He will be teaming up with the show’s original creators, Josh Schwartz and Stephanie Savage, who will serve as executive producers.

“It’s something we’ve been talking about—Josh, Stephanie, and I—for a little bit, just in terms of, ‘Is this something we want to explore?’ We’re all so in love with the original and had such an incredible time working on it, and it’s such a big part of our lives,” Safran told the Hollywood Reporter. “Then the stars aligned and we had availability to jump, and Warners, obviously, it’s something they’re very passionate about. It seemed like the best time and also the best way to do it.”

Safran described the reboot as an “extension” of the original but with a new cast. It is unclear whether the old cast will even make appearances. Fans of the former cast members–Blake Lively as Serena van der Woodsen, Penn Badgley as Dan Humphrey, Leighton Meester as Blair Waldorf, Chace Crawford as Nate Archibald, Jessica Szohr as Vanessa Abrams, and Ed Westwick as Chuck Bass–are not thrilled that their favorites may not be returning.

“Gossip Girl without the original cast is not Gossip Girl,” another wrote.

According to the logline, the reboot will take place eight years after the OG Gossip Girl website went dark.

“A new generation of New York private school teens are introduced to the social surveillance of Gossip Girl. The prestige series will address just how much social media—and the landscape of New York itself—has changed in the intervening years,” the logline reads.

The Gossip Girl reboot will join an impressive roster of HBO Max shows, which includes a Gremlins animated prequel series and Dune: The Sisterhood–a female-focused take on a popular novel by Frank Herbert.