Good news if you're Team Jess.

There’s been a lull in the Gilmore Girls rumor mill ever since filming wrapped for the series’ Netflix revival, but a recent tweak on the website has the fandom re-excited.

Even though fans have deemed it unlikely that Dean will be making an appearance in the rebooted season, there’s still the possibility that Rory could reconnect with her other former flames. And now, an updated thumbnail seems to suggest that a rekindling might be on the horizon.

Netflix regularly swaps out the cover art for its series to experiment with what people like to click on most, and it recently changed the Gilmore thumbnail to a photo of Jess. Rory’s high school boyfriend. Randomly. 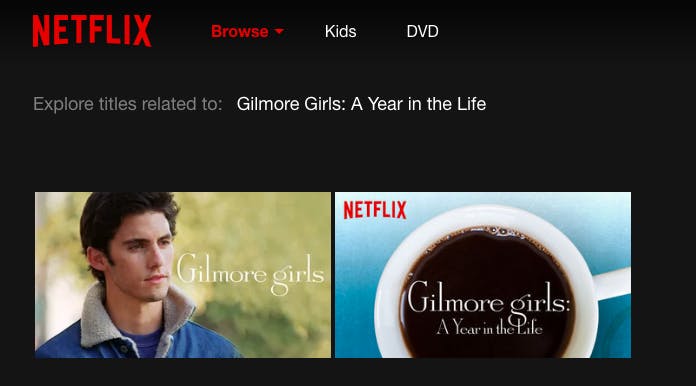 Could they be casually leaving his image fresh in our minds so we remember him as we wait for the A Year in the Life episodes to drop? Fans seem to think so.

HSOSPAKOSKDNDKSKSJDKKAKSKSLQIDBDJJSJS JESS IS BACK WKEKKSKSKQOEMDNKS I LOVE GILMORE GIRLS SO MUCH

While the release date is still yet to be announced, it’s safe to say that a certain percentage of fans will be tuning in specifically to see if these two finally get together.