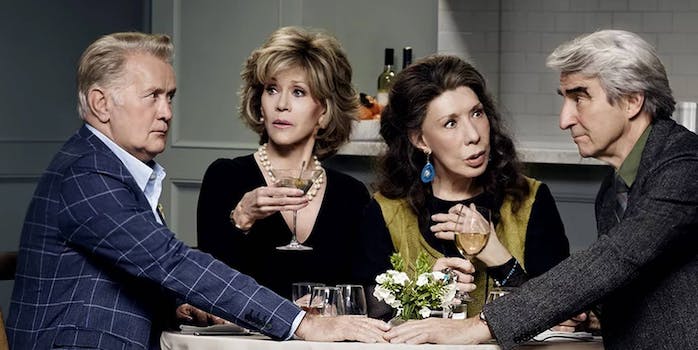 Netflix really wants to know what makes you tick.

While you’re mindlessly scrolling through Netflix to find a movie that fits your mood, the company is watching you.

Netflix explained its new viewer-engagement project on its blog, describing its focus on how users interact with the cover art for movies and TV shows.

For this round of A/B testing, Netflix tried to figure out what viewers were looking for in a movie or TV series by offering different cover art. If you’re a Netflix subscriber, you might have noticed that the thumbnails for popular or trending titles often change. Netflix wants to get your attention quickly—specifically, in under 90 seconds.

“Through various studies,” Netflix’s Gopal Krishnan wrote, “we found that our members look at the artwork first and then decide whether to look at additional details. Knowing that, we asked ourselves if we could improve the click-through rate for that first glance?”

The company tracked which cover photo for Unbreakable Kimmy Schmidt got the most engagement. The “winning” image, marked with a green arrow, reveals that “faces with complex emotions outperform stoic or benign expressions—seeing a range of emotions actually compels people to watch a story more.”

“Examining regional differences helped us see that while great stories transcend borders, it is important to understand how presenting each story in different regions impacts how quickly members from around the world actually discover that story through artwork,” Krishnan wrote.

Other findings include the fact that showing villains in artwork drives more engagement and that having ensemble casts on the cover art, like season 1 of Orange Is the New Black, is less engaging than just featuring one cast member.

While Netflix labels some of the findings “regional nuances,” one can’t help but wonder if “region” is just one component.

The Verge’s T.C. Sottek saw a new thumbnail of Chris Pratt for the cover of Parks and Recreation, while his female colleague still saw Amy Poehler. When I opened Netflix this morning, the art for season 2 of Grace and Frankie showed four cast members and faces with a range of complex emotions, so this experiment is obviously still in progress.

Netflix also showed me the White Guy Parade, which made me close the tab in less than 15 seconds. What can the company do about that?