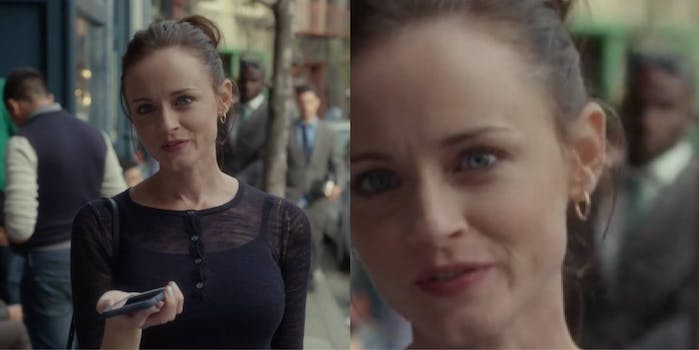 Gilmore Blacks critiques the lack of diversity in Netflix reboot

If you watched Gilmore Girls: A Year in the Life and thought to yourself, “Huh, for being a Netflix original produced in 2016, there are near to no black actors in this series,” you aren’t alone.

A new Tumblr blog, “Gilmore Blacks,” documents the representation of black actors in the new series reboot—or, more often than not, the lack thereof.

Launched by writer Rahawa Haile, the blog highlights the series’ various black characters with the character’s name, dialogue (if any), and purpose in the show.

Over the past three days, Haile has created 60 posts on the black characters seen throughout the Gilmore-verse, but only seven of those 60 actually have spoken lines. Even then, their dialogue is minimal, showing that these actors only serve as largely props to the Gilmore Girls story.

Haile told the Verge that she initially started the project two years ago with the original series, but didn’t find the time to compile the screenshots into posts. At a time when Hollywood is having to confront its diversity backlash, however, the reboot’s lacking representation feels more intense than humorous.

“Back then it was like a game of ‘Where’s Negro?’ It was almost laughable,” Haile told the Verge. But now, it feels closer to, “Yes, we’ll have black faces, but we won’t write black characters.”

“It takes effort to build a diverse cast. Much more effort than it takes to build the illusion of a diverse setting,” Haile said. “Either you do it or you don’t; if you don’t, you’re asked to explain why you didn’t.”

Perhaps Haile’s project and others similar will help re-inject race into the representation conversation. Haile did not immediately respond to a request for comment.