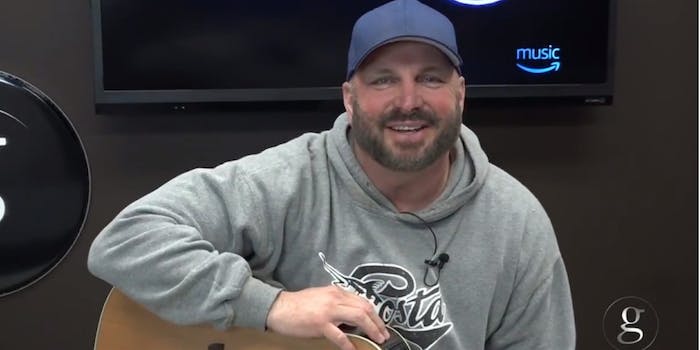 On Monday, during his weekly Facebook Live show, Brooks took some time to help promote Saturday’s March For Our Lives, which was spearheaded by survivors of the Feb. 14 shooting at Marjory Stoneman Douglas High School in Parkland, Florida. González has been one of the more vocal students in the wake of the shooting, and has received threats for her activism; GOP candidate Leslie Gibson called her a “skinhead lesbian” on Twitter before apologizing.

Brooks highlighted her letter included on the March For Our Lives site, specifically the line “I believe the young people in this country can change the world. And wouldn’t that be something?”

“OK, Miss Emma,” he says. “It’s not yours to change. It’s yours. You understand that? You’re the future.”

Houston, you broke a #RodeoHouston record! Everything IS bigger in Texas!!! HA!!! I love you, g #StudioG

Brooks then debuted a new song he wrote with Tony Arata, who penned “The Dance,” and urged viewers to “be part of” the March For Our Lives as he wiped away tears. The final line: “We’re all one among the many marching on the road from here to gone.”