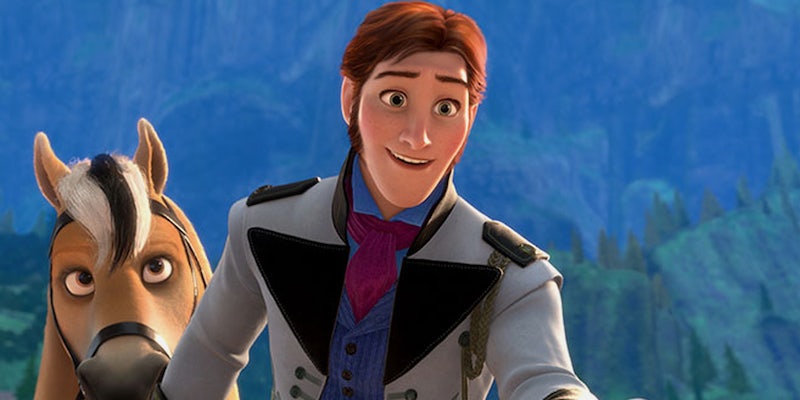 ‘Brozen’: Is there really a ‘Frozen’ fandom for bros?

Is there a gender-specific term for dudes who like Frozen?

You may be a bro, and you may like the movie Frozen, but let’s be clear: “Brozen” is not and will never be A Thing.

Thanks to the recent influx of bro-nouns (“brogurt” isn’t a real thing either, unless your yogurt actually tastes of bro), it’s not immediately obvious that this article about the “Brozen phenomenon” is a parody. 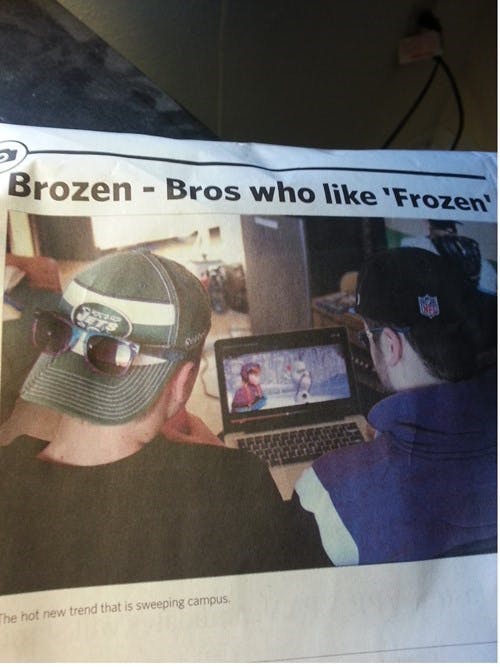 But just in case, let’s just agree to cut this off before it gets out of hand, because once again: Brozen is not a thing.

Bronies are a distinct enough subculture to stand out from the rest of My Little Pony fandom, but that doesn’t mean that every other supposedly girl-oriented movie and TV show has to have a special section cordoned off for the dudes. Frozen is the highest-grossing animated film of all time, so we’re going to go ahead and assume that tickets were not exclusively bought by six-year-old girls and their mothers.

If you take a look at Tumblr, i.e. the ultimate arbiter of fandom minutiae, the general consensus seems to be that Brozen isn’t a real subculture, but if it is, it shouldn’t be.

“What it all means is ‘I am so insecure about what I like that I MUST rebrand it as masculine before associating with it,'” writes randomredux. “Men’s masculinity is so fragile they need to make sure everyone knows how manly things are,” agrees politicalsexkitten.

Even Reddit, the site of choice for Bronies, didn’t have much to add. “Yeah im a frozen fan and im a male. But im not a brozen fan,” wrote one redditor, which pretty much sums it up.

The truth is that the term Brozen already existed in Frozen fandom, referring to genderbent fanart like this. This type of “rule 63” art is a staple of most fandoms, particularly Disney animation, and it just so happened that Frozen had a title that could be easily portmanteau’d into a masculine form. But inventing some kind of special bro-zone for male Frozen fans is a bad idea, not least because it’s founded in the concept that if you admit that you enjoyed a Disney cartoon about female characters, your hetero dude card will be immediately revoked.

If girls can enjoy and identify with the male lead characters in Toy Story without making up a gender-specific name for their fandom, then guys can deal with loving Frozen too.