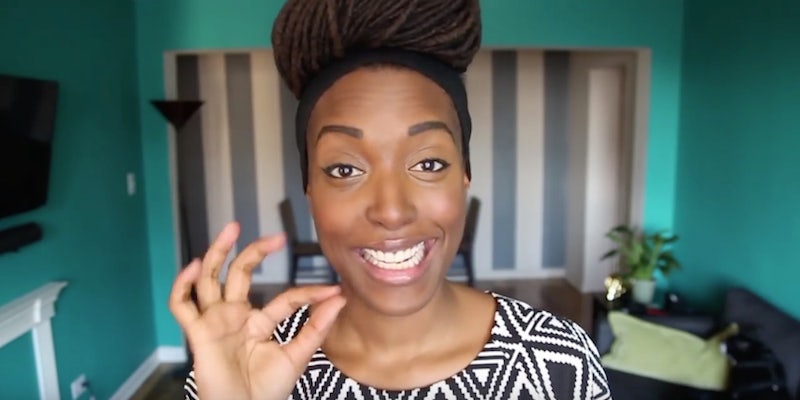 She'll be both a writer and contributor.

You officially have one more reason to watch Larry Wilmore‘s The Nightly Show.

YouTuber, comedian, and all-around cool lady Franchesca Ramsey announced on Twitter Monday that she’ll be joining the Comedy Central show as a full-time writer and contributor:

This job may mark Ramsey’s big leap into television, but it’s hardly her first time weighing in on the news with her comedy. In addition to running MTV’s Decoded, a webseries about “race, pop culture, and other uncomfortable things,” her personal channel is full of funny, culturally critical gems like “5 Tips for Being an Ally” and “Shit White Girls Say to Black Girls.” So she should feel right at home in the writers’ room.

Ramsey has previously been on The Nightly Show as a panel member, and this new position guarantees her cool-headed, socially conscious voice will help shape the rest of Wilmore’s segments too.