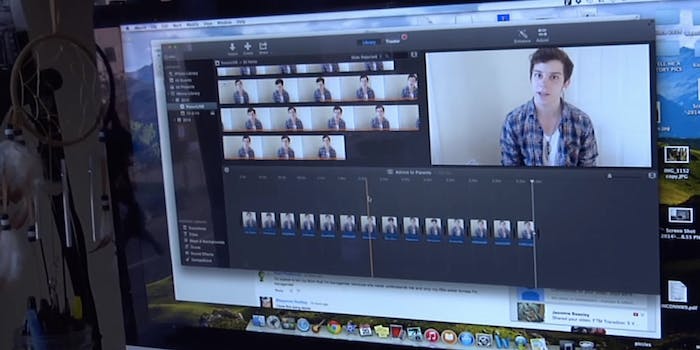 Addressing gender, sexual identity, and the queer community for the YouTube generation.

PBS Digital Studios has already mastered educational programming in the areas of science and literature, now it’s branching out to social issues with its first LGBT-focused series, First Person.

The series is set to be a mix of host commentary, viewer interaction, and structured interviews that dives deep into issues of gender, sexual identity, and queerness. In the premiere episode, host Kristin Russo sits down with Skylar Kergil. Kergil started documenting his transition on YouTube seven years ago, and originally called the platform just somewhere to store his videos when his computer’s hard drive filled up. Now he’s got 64,000 subscribers, and documents both his transition process and his budding music career on his channel.

In a particularly nice touch, the show explains each guest’s preferred pronouns under their name. They also don’t shy away from the silly even with serious topics, with a post-credits bumper featuring Kergil’s cats. This is the Internet, after all.

New episodes of First Person will premiere every other Thursday.