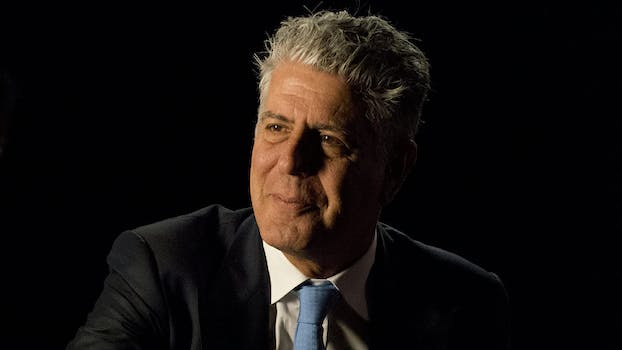 New published and viral works paint a heartbreaking portrait of the beloved chef.

The world is still reeling from the shocking death of chef and writer Anthony Bourdain. The Kitchen Confidential author died by suicide in a Kaysersberg, France, hotel room on June 8 and new details about his last days paint a sad internal struggle for the beloved 61-year-old.

Before his death, Bourdain sat down for an extensive interview with Maria Bustillos, a writer for the Italian website Popula.com. In the piece, published this week, Bourdain remained as candid as every on topics such as his career, his relationship with girlfriend Asia Argento, traveling, and especially the state of American politics.

Bourdain pulled no punches in his assessment of the current political climate in his home country and went at Bill and Hillary Clinton and their handling of the Monica Lewinsky scandal while Clinton was still in office.

“I would never under any circumstances vote for Bill Clinton today, but I think impeaching the guy over Lewinsky was ridiculous,” Bourdain admitted in the interview. He continued “It was the shaming, discrediting, undermining the women that made both of them unsuitable for any future endeavors … the way they efficiently dismantled, destroyed, and shamelessly discredited these women for speaking their truth … is unforgivable.”

Bourdain was incredibly outspoken and ardent in his support of the Me Too movement, especially after the accusations against his friend Mario Batali.

In the hours after the interview, Argento took to Twitter to discuss another article that posted recently in which the author highlights at least 19 different instances in which Bourdain mentioned suicide. The actress and director had “no idea” about her late boyfriend’s obsession with ending his life and attached a Google Drive document highlighting the many times he mentioned death in interviews.

Titled “Anthony Bourdain’s long-burning suicidal wick – in his own words,” the three-page paper was published in July. Compiled by Dr. John E. Richters, the research paper highlights the many times Bourdain mentioned battling depression, guilt, and fear in memoirs, magazine articles, interviews, and on his television shows.

Actress Rose McGowan, a friend of both Bourdain and Argento, said in the days after the suicide that the chef sought help but ultimately didn’t take the doctor’s advice.