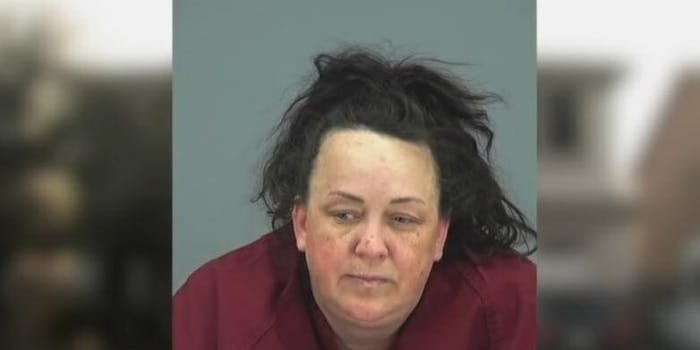 Machelle Hobson has been deemed mentally unfit to stand trial on 30 felony charges relating to her alleged abuse.

Five of the children who starred in YouTube’s Fantastic Adventures channel no longer live with their adopted mother. Machelle Hobson, who ran the YouTube channel that had 800,000 subscribers, was charged with child abuse, unlawful imprisonment, and child molestation in March, and according to KTAR News, her adopted children (five of whom starred in the YouTube series) have been removed in favor of foster care.

The 48-year-old Hobson—who has now been deemed mentally unfit to stand trial on 30 felony charges relating to her alleged abuse—is not allowed to contact her children. A police source told ABC 15 that Hobson suffered some sort of brain injury while in jail.

As a result of doctors from both the prosecution and the defense reporting that she’s incompetent to be tried, it’s unclear whether Hobson’s case will be decided in a courtroom.

Though Hobson had made a career out of her YouTube channel, which accumulated more than 250 million views before the platform terminated it, she was accused by police of denying her children food and water and for pepper-spraying their faces and genitals when they didn’t follow her directions for their vlogs. One of the children told police Hobson forced them to take ice baths and dunked their heads underwater when she was displeased with them, and they said she had taken them out of school so they could create YouTube content.

Police said one of Hackney’s adult biological children alerted them about the alleged abuse. Two of her adult male sons were arrested for allegedly failing to report the abuse of a minor, but those charges were later dropped.

Hobson denied all the charges against her. Her next court appearance is Aug. 28, and according to ABC 15, the Pinal County (Arizona) Attorney’s Office said it would try to determine if her mental “competence is restorable.”

Meanwhile, her children are apparently moving on with their YouTube-less lives.

“I hope that they were able to stay together and are obviously in a better environment now, where they can get the love and care they deserve and need,” Lisa Moreno, Hobson’s former neighbor, told ABC 15.