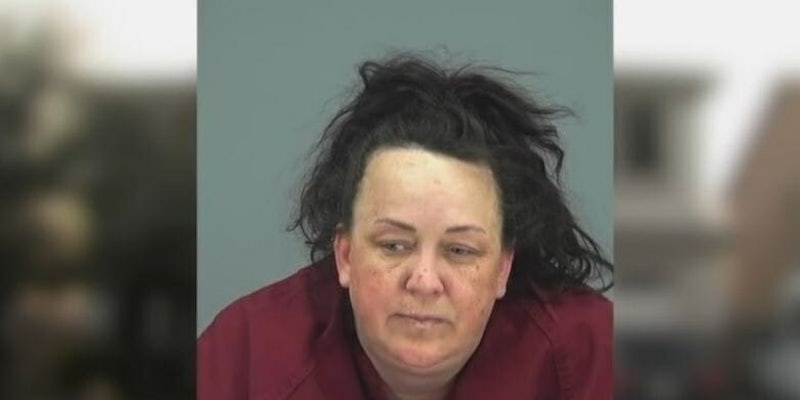 YouTuber accused of abusing her children to make kid-friendly content

She allegedly pepper-sprayed her child's genitals.

In an explosive allegation, the owner of a kid-friendly YouTube channel that boasts nearly 800,000 subscribers has been accused of abusing seven of her adopted children to create vlogs.

Machelle Hackney was arrested by Arizona police last Friday and charged with child abuse, unlawful imprisonment, and child molestation, according to NBC News.

But behind the scenes, she’s been accused by police of denying the children food and water and pepper-spraying them when they didn’t follow her directions for the YouTube videos. One of the girls told police, via NBC News, that Hackney would pepper spray them “all over their face and body, spank them, force them to take ice baths and when resisting would force their head underwater … make them stand in the corner with their arms raised above their head for several hours at a time.” The girl also said Hackney pepper-sprayed her genitals.

Hackney, aka Machelle Hobson, denied the charges, according to NBC News, saying she only punishes the children by spanking them, grounding them, and forcing them to stand in a corner. She is currently being held without bond.

Police said they had been alerted to the alleged abuse by one of Hackney’s adult biological children. Two of her adult male sons also were arrested for allegedly failing to report the abuse of a minor.

According to ABC7, the children told police after they began investigating that they hadn’t eaten or drank in days and that Hackney had taken them out of school so they could make YouTube videos.

The Washington Post wrote, “When police interviewed them, they appeared malnourished, underweight, and had pale complexions and dark rings under their eyes. One of the children, when offered the chance to drink, guzzled three 16-ounce bottles of water in 20 minutes.”

YouTube told the Post that when the company found out about the arrest, it demonetized her channel.

“We take safety on YouTube very seriously,” the spokesperson said. “We work closely with leading child safety organizations and others in our industry to protect young people. When we’re made aware of serious allegations of this nature we take action, which may include suspending monetization, or, upon conclusion of an investigation, terminating channels.”

Police said the adopted children, which have been removed from the home, range in age from 6 to 15 years old.

Update 7:37am CT, March 22: As noted by TubeFilter, YouTube has terminated the Fantastic Adventures channel. On the now deleted page, it reads “This account has been terminated for violating YouTube’s Community Guidelines.” At its height, the channel had 800,726 subscribers, and even after the news had broken, it was still adding a few thousand new subscribers per day.