Dallas Cowboys rookie running back Ezekiel Elliott was named a suspect after his ex-girlfriend Tiffany Thompson posted a string of photos Friday morning on Instagram, claiming she is a victim of domestic violence. 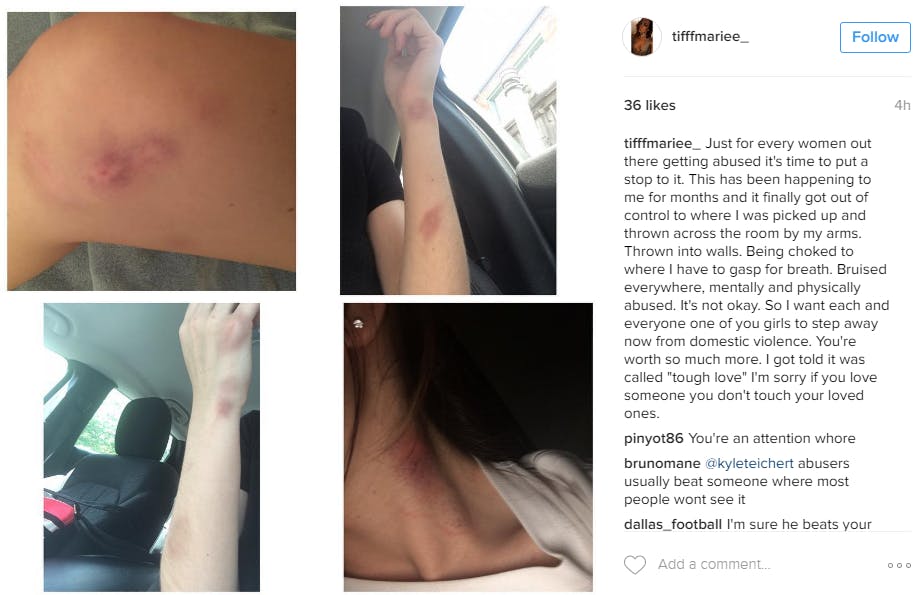 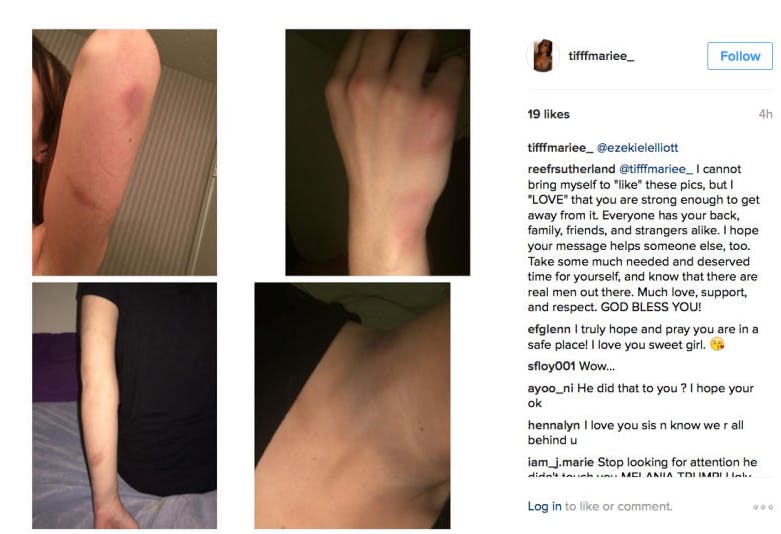 According to TMZ, Thompson filed a report with the Columbus Police Department in Ohio Friday morning. She claimed she was attacked by Elliott, who was reportedly her former live-in boyfriend, while sitting in the driver’s seat of her car.

But in the report, the police spoke to four witnesses who said they did not see an assault, while one of these witnesses claims to have been in the car when the reported attack occurred.

The Dallas Cowboys rookie has not been arrested due to conflicting witness reports, and has denied the accusations that he attacked Thompson. Elliott also told police that he did not live with her prior to the incident.

TMZ reached out to Elliott’s agent office who said they assure “[the allegations] are not true.”

Elliott’s camp did not respond to a request for comment.