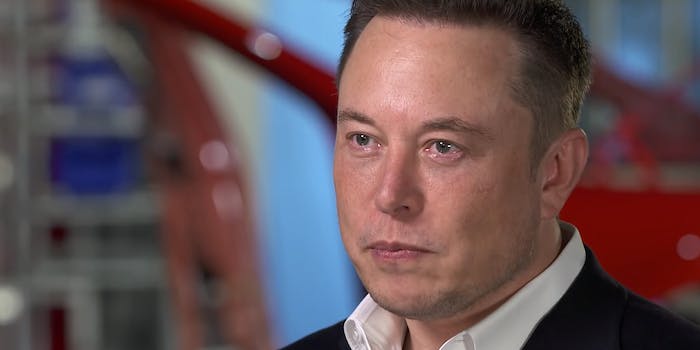 Banks said she doesn't want any part of this lawsuit.

In a cat-and-mouse lawsuit that’s gone wild, an attorney in a lawsuit against Tesla and its CEO Elon Musk is claiming that Musk’s lawyers may have been tampering with Azealia Banks’ phone and her tweets, Business Insider reported on Tuesday.

Musk is being sued in a class-action lawsuit for misrepresenting information after he announced in a tweet in August that he was taking Tesla private and that he had the funding secured for it.

Banks, who says she was present in his home following the announcement, said he was struggling to find investors.

Tesla investors, represented by Adam M. Apton of Levi & Korsinsky, are suing Musk for misleading information that potentially led others to make business choices based on his tweet, according to Time.

Banks, who has shared details of her time at his place with Business Insider, has since become crucial in this investigation.

Last week, Dean Kristy of Fenwick & West, who is representing Musk, filed an opposition against the investors trying to subpoena Banks, saying the information she provides would be used only to “sensationalize” the case, Business Insider reported.

Banks herself doesn’t want any part to play in this and told Business Insider on Monday that she didn’t want to testify. Apton is also worried there’s been tampering of her tweets since then, claiming that Banks deleted a tweet on Friday that claimed that her phone had been seized by Musk’s lawyers.

The issue dates back to August 2018 when Musk said in a tweet that he had “funding secured.”

It immediately backfired and actually ended up hurting his company.

Banks said Monday that it was a “waste of time” for her to go to court.

“I never truly wanted to go to court, it was just something to joke about,” she said. “I’m not getting paid to be a prosecutor so it’s ultimately a waste of time for a musician to be in court.”