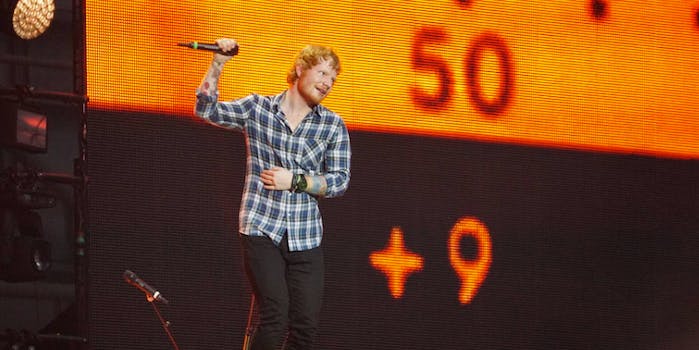 But James Blunt was the real winner.

The musician has been absent from Twitter for the last year, but returned Tuesday morning with news. Or rather, a color.

It’s somewhat confusing, but fans are pretty excited because Sheeran is still wildly popular. His absence wasn’t out of the blue, however. He posted to Instagram exactly one year ago saying he was taking a break from the internet (great idea, in hindsight) and that a third album was forthcoming. In the meantime, he became a meme.

So this is probably promo for that new album, but in terms of best tweets about forthcoming music, James Blunt has him beat today.