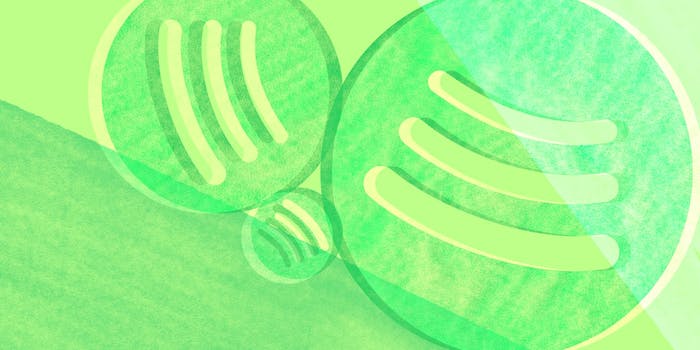 This is the most streamed song in Spotify history

It's not who you think.

Ed Sheeran made history last month for becoming the first artist to reach 500 million streams on Spotify with his hit “Thinking Out Loud,” but his record has already been surpassed by a new king of the streams. And it’s not any of the usual suspects, either.

“Lean On” by Major Lazer and DJ Snake (featuring MØ) has now emerged as the most streamed song of all time, which, as of press time, had nearly 528 million streams.

Comparatively, Sheeran’s “Thinking Out Loud” isn’t that far behind with more than 527 million streams.

While it’s never reached the top of the charts in the U.S. and the U.K., it’s been highly successful in other countries around the world—which probably speaks to how powerful Major Lazer’s global audience can be.

And even if you have no idea what “Lean On” was called or who performed it, chances are you’ve heard it before. The song is featured in Google Nexus 5X commercials.

With One Direction’s latest album just released and Adele’s 25 (which may or may not be added to Spotify) and a new album from Coldplay coming in the next month, it’s unclear just how long Major Lazer will hold onto that record.