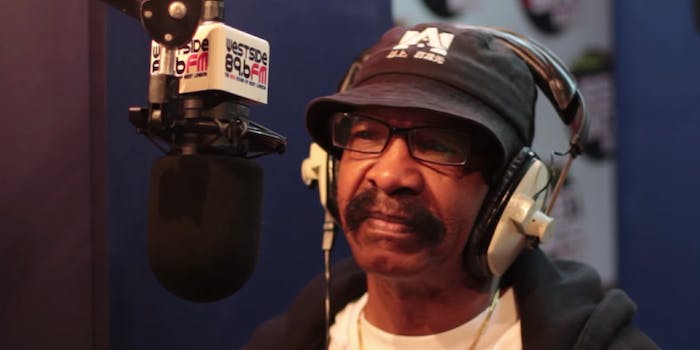 Drake’s dad has a terrible take on the #MeToo movement

Drake’s dad, aka Dennis Graham, has been asked to weigh in on the #MeToo movement—and it’s clear that Champagne Grandpapi harbors outdated opinions on the issue.

TMZ asked Graham about recent allegations of sexual assault against Jamie Foxx, given that the two men are friends. Foxx has denied the accusations, but as Complex pointed out, Graham’s response implies that women are at fault for any abuse they endure.

“Jamie is my brother and I really can’t comment on what happened 16 years ago,” Graham said. “But there is something I want to say to these young ladies that allow themselves to go and be in a man’s room or whatever. Stop going to these hotels.”

Graham went on to name-drop Bill Cosby, who was convicted of sexual assault and is accused of drugging and molesting dozens of other women.

But as the women and other marginalized voices behind #MeToo have taught us, consent is affirmative. Any notion that women are at fault or “asking for” abuse simply by existing should be immediately dismissed.

Unfortunately, society is still unlearning misogynistic ways of viewing abuse, and Graham is one of many who still subscribe to old-school ways of thinking.

“No there’s not two sides to blame,” Graham said, continuing to admonish women at large. “You take your ass home. Don’t go where you might think a man is going to have anything to do with raping you or anything else.”

Drake, on the other hand, has indicated—not explicitly, but through work like “Nice for What”—that he supports women’s empowerment. Maybe it’s time he had a conversation with his dad.