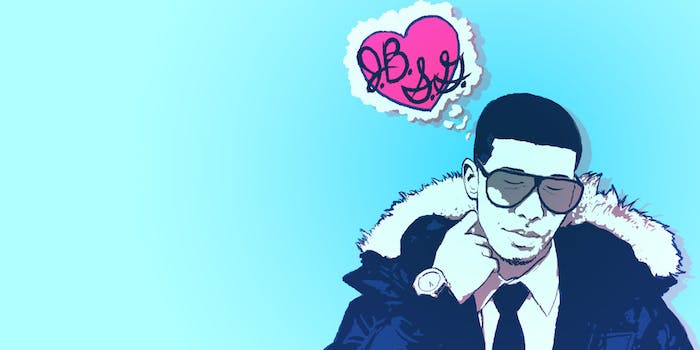 For the past couple years they’ve been decidedly off, but every once in a while Bieber will make a grand gesture that gets the Internet buzzing again. Like the other week when he serenaded Gomez with “My Girl” in a Beverly Hills hotel and a bystander uploaded the video to Instagram.

Did the gesture work in winning back Gomez’s heart? Probably not. But did it launch 10-billion blog posts and clog Gomez’s Twitter mentions with fans who identify as Team Jelena? You betcha.

The latest installment in this will-they-won’t-they saga comes in the form of a throwback Instagram Bieber posted Tuesday night:

Initially, the photo went up captionless, and fans started freaking out that the two must be back together. The best part? Among them was none other than Drake.

Bieber quickly updated to let everyone know it was a throwback, but now the world knows once and for all where Champagne Papi stands on the Gomez/Bieber breakup—he’s team #Jelena.