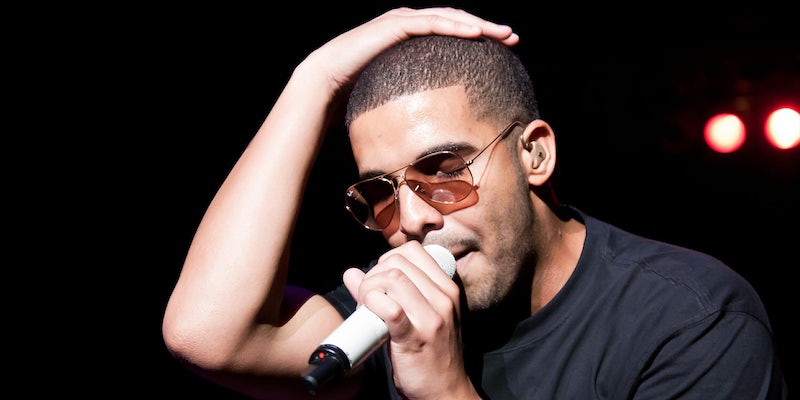 People are dragging Drake over this sexist song lyric

“Emotionless” has been one of the most-discussed tracks from Drake’s new album Scorpion, especially since it acknowledges the fact that Drake does indeed have a son named Adonis. It’s also drawing some attention for a specific verse that revolves around what we refer to as “Instagram culture” and the vapid ways that some are living their lives. At least, according to Drake.

The verse essentially describes women (“girls,” as Drake refers to them) as cold and shallow individuals obsessed with self-image. It references women who post photos on Instagram and other social media platforms that showcase only one side of their lives rather than their “real” selves. It’s a message he appears to be sending about women alone, and Twitter isn’t having it. Nor are they having its pseudo-intellectual and “deep” overtones.

The original poster @JollofAssassin included a snippet of “Emotionless” lyrics with the caption “Drake nailed the new generation,” but it looks like it’s been drawing the ire of several Drizzy fans instead of enthusiastic sympathizers.

he literally jus said something thats been said for years

Why did he only mention girls though, like guys don't do the same?!

This ain't even close to deep. Push wins again.

Seriously, some of these are pretty brutal.

this is so cringy omg

Perhaps Drake should take care when penning lyrics like these, taking the time to view things like this through a more critical lens. We all know we could probably spend a little less time online or worrying about our perception on social media, but it’s certainly not something unique only to women.