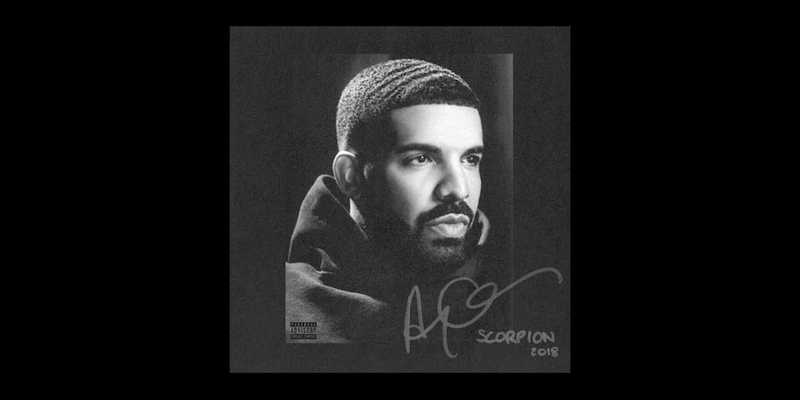 The project is a testament to his dynamism, but is it enough to silence the mob?

On his fifth studio album Scorpion, Drake flexes his greatness with a more vulnerable and lofty approach. Although not as indulgent in nature as his previous effort More Life, the 6 God still finds a way to string hit singles like “God’s Plan” and “Nice For What” closely with more subtle efforts, resulting in some of his most stratified, but convincing work.

Scorpion, which hit streaming services at midnight on Thursday, comes at one of the most chaotic moments of the rapper’s career. Within the first six months of 2018, Drake dealt with details of his relationship with Rihanna going public, and ongoing disses from G.O.O.D Music rapper Pusha T, who subsequently leaked old photos of the rapper in blackface. Amid the smoke came news that Drake was allegedly a new parent, an insight into his life that he was accused of trying to hide.

Scorpion is right on time as far as damage control goes. With its double-disc format—one rap, one R&B—the project was a chance to clear the air and address the tsunami of rumors. On “Emotionless” Drake draws the line between his celebrity and his private life in confessing to the existence of his son, Adonis, saying “I wasn’t hidin’ my kid from the world, I was hidin’ the world from my kid.” On “8 out of 10” he claims his throne as one of music’s best while also half-heartedly digging back at Pusha T. Moments like “Finesse” and “Summer Games” are the rapper’s heartbreak opuses that audiences have come to love. Scorpion never loses its fun, either, whether it’s a reference to the Drake-inspired episode of Donald Glover’s Atlanta, the soundtrack to a ratchet birthday celebration, or sampling of one of Plies’ many meme’d social media videos.

With the majority of production being led by longtime collaborator and friend Noah Shebib “40,” the album fits seamlessly into a discography characterized by unique beat selection and deep features, touting samples from the likes of Mariah Carey, Aaliyah, and Michael Jackson.

But, while sonically intact, what’s most charming about the album is its honesty. Even though Drake participates in his fair share of braggadocio, there’s never a moment where a listener might feel neglected by Drizzy’s innermost thoughts and emotions. When the Toronto native raps, it’s a self-aware confessional that doesn’t hide from doubt, sadness, and betrayal.

In terms of firing shots back at Pusha T, Scorpion doesn’t have much to offer aside from subliminal jabs. Although Push has already publicly declared the dispute over, for the most part, Scorpion is the closure needed to end the saga in a fair way. Sure, the energy from that dialogue may have given this album more punch than it already has, but Drake is at his best when he lets the music do the talking.

Scorpion’s 90-minute runtime is easily its biggest shortcoming. Many of the songs feel forgettable, and the work itself can feel oversaturated and repetitive. Scorpion’s output is fluffy, and despite its momentousness, it isn’t the most preeminent offering from Drake by any means. But that doesn’t destroy the enjoyability of the record considering that Drake creates plenty of wiggle room. Drake has proven himself a chameleon before, and Scorpion is no different.  Within 25 tracks, an array of Drake in all of his greatest instances, both new and old, shines through. Scorpion has something for the “Marvin’s Room” fan, plenty to take for the “Started From the Bottom” crowd, and even tailored selections for the “Passion Fruit” lovers.